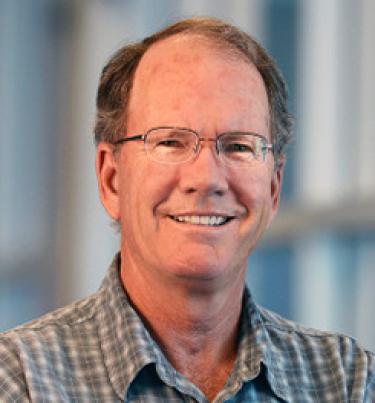 David Goeddel is a pioneer of the biotechnology industry who, employed at the time by Genentech, successfully used genetic engineering to coax bacteria into creating synthetic human insulin, human growth hormone, and human TPA for use in therapeutic medicine. He was the first scientist to be hired at Genentech. He became legendary in the biotechnology and molecular biology fields by cloning virtually all of Genentech's early products and/or processes, including synthetic insulin, growth hormone, and TPA. Besides being perhaps the single most important contributor to Genentech's rise to one of the nation's premier biotech companies, his extraordinary drive and competitive work ethic embodied Genentech's early "Clone or Die" culture. Together with Steve McKnight and Robert Tjian, he founded Tularik in 1991, and was President and CEO until Tularik was acquired by Amgen for 1.3 billion dollars in 2004. He is a member of the National Academy of Sciences, a recipient of the Eli Lilly Award in Biological Chemistry and the Scheele Medal from the Swedish Academy of Pharmaceutical Sciences. David earned a BS in Chemistry from the University of California, San Diego and a PhD in Biochemistry from the University of Colorado, Boulder.