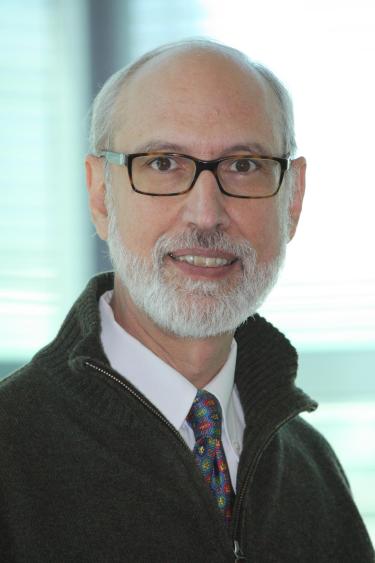 The main focus of my laboratory is to determine the role of Ras/MAPK signaling and Ets transcription factors in epithelial cell development and tumorigenesis, with a focus on pituitary and mammary model systems.

With regards to the pituitary project, we study how the combinatorial action of Ets factors, Ets-1 and GABP, acting in concert with the POU-homeodomain transcription factor, Pit-1, serve to regulate the lactotrope-specific basal and Ras-regulated expression of the prolactin gene. Utilizing biochemical, structural, molecular and transgenic approaches, we have discovered that Ets factors play a critical role in specifying lactotrope cell identity in pituitary ontogeny. Using transgenic mice, we show that targeting a dominant-negative Ets transgene to the pituitary lactotrope lineage abrogates pituitary lactotrope development. We are also studying the biological role of Pit-1ß, an alternative-splice form of Pit-1, which appears to act as a negative regulator of Pit-1 functions. We also seek to elucidate the molecular mechanisms by which lactotrope adenomas arise and why they rarely progress to frank carcinoma. To this end, we have generated GH4 pituitary cell lines stably expressing a doxycycline-regulated HA-V12Ras, to determine whether persistent vs short-term MAPK activation promotes cell proliferation, differentiation or apoptosis. Finally, we also plan to address the role of adult pituitary progenitor/stem cells in facultative lactotrope expansion during pregnancy and in tumorigenesis.

With regards to our breast cancer project, we study the role of the epithelial-specific Ets transcription factor, Ese-1, in human mammary epithelial cell tumorigenesis. Ese-1 is over-expressed in many breast cancers and, thus, it is particularly relevant in human disease. We have shown that Ese-1 confers a transformed phenotype to immortalized, but nontransformed MCF-12A human mammary epithelial cells via a novel cytoplasmic mechanism. We also demonstrated that exclusive cytoplasmic targeting of a unique, 40-AA serine- and aspartic rich (SAR) subdomain is both necessary and sufficient for the transformation response. Finally, using anti-Ese-1 monoclonal antibodies that we developed, we found Ese-1 to be expressed in the nucleus in established breast cancer cell lines, and we demonstrated that Ese-1 is required to maintain the transformed state by using shRNA knockdown of endogenous Ese-1 in these cells. Taken together, these studies reveal that Ese-1, as a sole agent, acts via a cytoplasmic mechanism to initiate transformation, but once mammary cells are fully transformed, via the action of several mechanisms, then nuclear Ese-1 is required to maintain the malignant phenotype.