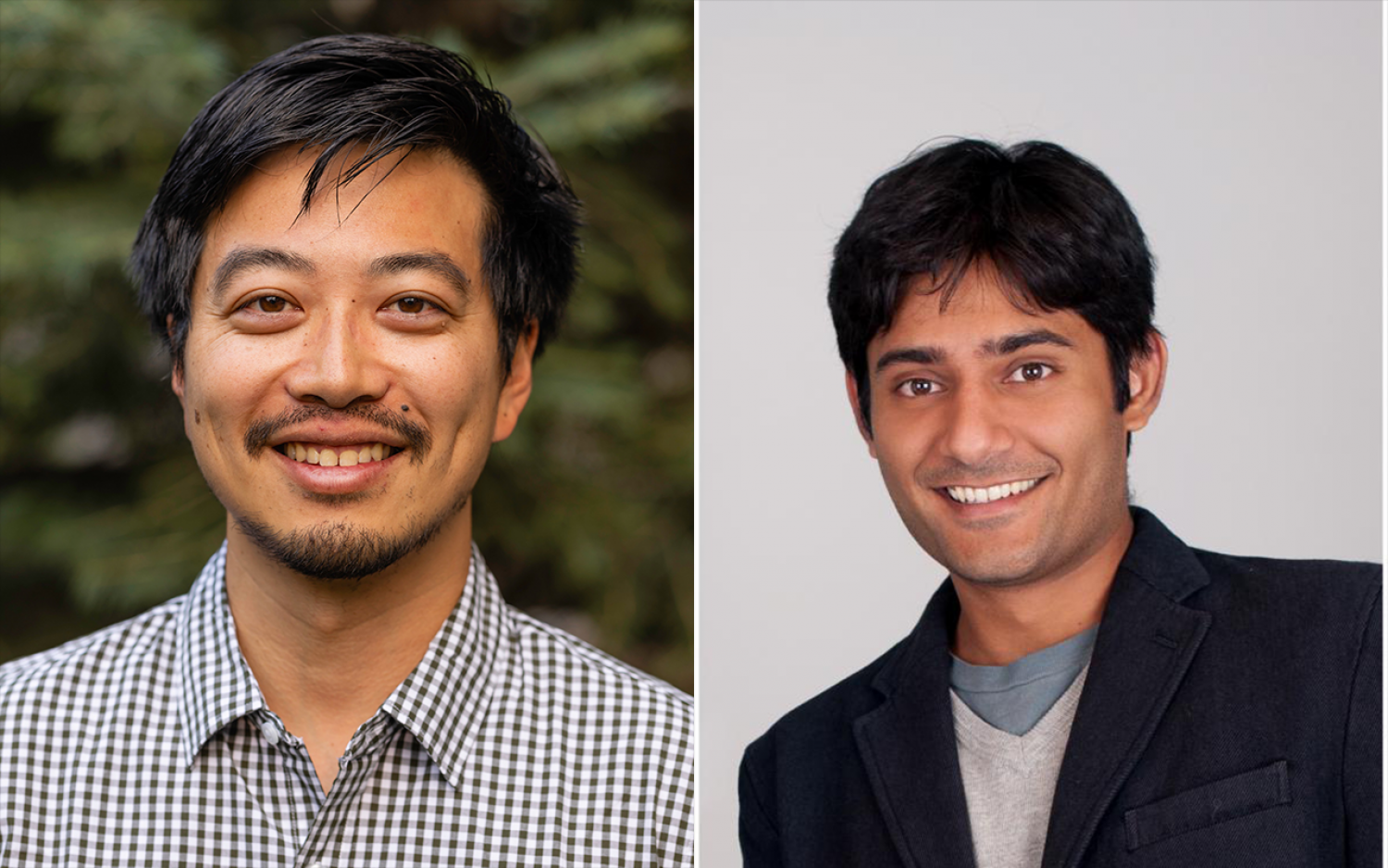 CU Boulder assistant professors Edward Chuong and Sandeep Sharma have been awarded prestigious Sloan Research Fellowships for 2019, one of the highest honors for early-career researchers.

The fellowships, awarded yearly by the Alfred P. Sloan Foundation since 1955, mark Chuong and Sharma as among the most promising researchers in their fields. The 2019 recipients include 126 scientists from across 57 research institutions in the U.S. and Canada.

“I’m very pleased to represent CU Boulder with this award,” said Sharma, an assistant professor in the Department of Chemistry. “I’m grateful to my senior colleagues, many of whom have been very supportive and helped me build a strong, thriving lab group.”

Sharma’s research focuses on developing algorithms to perform computer simulations that can help understand and predict the unusual and intriguing properties of quantum materials and enzymes. This will potentially help in the development of materials for high-density computer memory, quantum qubits and efficient catalysts.

Edward Chuong, an assistant professor of Molecular Cellular and Developmental Biology, studies ancient genetic parasites known as “transposons,” which latch on to a host’s DNA and replicate themselves throughout the genome and rewire the expression of genes.

Collectively, the virus-like bits of genetic material constitute about 50 percent of the human genome sequence, and they are believed to have—over tens of millions of years—played a key role in the evolution of gene networks controlling immunity and development.

“We are interested not only in how these transposons have influenced our biology and helped us adapt as a species, but also in how they may contribute to disease today,” he said. “This grant provides much needed support for that line of inquiry.”

Chuong, who is also an evolutionary geneticist with the BioFrontiers Institute, uses modern gene-editing and computational tools to determine whether transposons have played a similar role in the evolution of other species, including mice, dogs and cows.

“Ultimately this work could help us understand what differences there are across mammals when it comes to immune response and how those differences evolved,” he said.

“Sloan Research Fellows are the best young scientists working today,” said Adam F. Falk, president of the Alfred P. Sloan Foundation in a statement. “Sloan Fellows stand out for their creativity, for their hard work, for the importance of the issues they tackle, and the energy and innovation with which they tackle them. To be a Sloan Fellow is to be in the vanguard of 21st century science.”