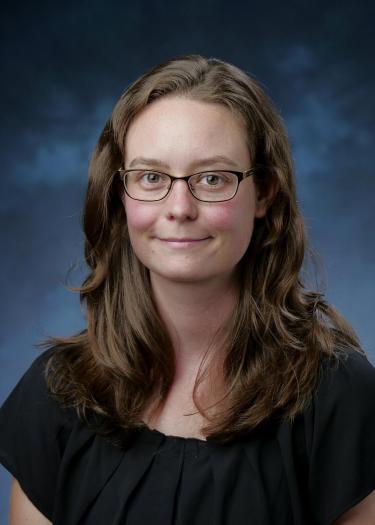 Down Syndrome is the most common chromosomal disorder, with 1 in every ~700 newborns in the U.S. affected. Down Syndrome is caused by the presence of an extra copy of chromosome 21. This additional chromosome can affect development and disease susceptibility. Recent work suggests that development of a region of the brain called the white matter may be slowed and impaired in individuals with Down Syndrome. Cognitive, intellectual and motor dysfunction can occur when the white matter doesn’t form or function properly. Understanding how the white matter of the brain forms and is maintained will be important for learning how to diagnose and treat many neurological diseases, including those associated with Down Syndrome.

The white matter is made of three different cell types: astrocytes, oligodendrocytes and neurons. Oligodendrocytes make massive amounts of protein to form insulating sheathes around neurons that are essential for rapid electrical signal transmission to allow neurons to function in the brain. Because making proteins is an energy-intensive process, protein production is highly regulated. Cells stop making most proteins in response to changes in the body like inflammation or nutrient deprivation, conditions that cause cellular stress. One reason that cells limit protein production during stress is to allow stress-induced genes to be selectively expressed to promote cell survival and adaptation to stress. A recent study demonstrated that individuals with Down Syndrome have changes in gene expression in the brain that indicate delayed oligodendrocyte differentiation. As a Sie fellow in Dr. Roy Parker’s lab I am working to figure out how changes in the way the cell responds to stress by repressing protein production could contribute to neurological disorders and white matter loss.

Defects in a key cell signaling pathway that regulates protein production are observed in many neurological disorders, and in many cases specifically cause white matter loss (Moon et al., 2018). To investigate the relationship between protein production during cellular stress responses and neurological disease, we looked to a rare genetic disorder called Vanishing White Matter disease (VWMD). Patients with VWMD can be affected at any age and experience delayed development of the white matter or white matter loss that worsens with time and is ultimately fatal. VWMD patients can undergo more rapid deterioration of the white matter after experiencing trauma or fever, conditions that can cause cellular stress. Unlike Down Syndrome, VWMD is caused by very small changes in the genetic code that affect a particular set of genes needed for protein biosynthesis to occur in the cell. This provided us with a relatively simple model system to investigate the relationship between white matter disease, protein production and stress.

We hypothesized that if there was a link between loss of the white matter, protein production and stress responses in the cell, we might see differences in how cells from patients with VWMD respond to stress by regulating protein biosynthesis compared to cells from healthy individuals. We discovered that cells from patients with VWMD repress protein production during stress to a greater extent than healthy cells, and this impacted their ability to recover from stress (Moon & Parker, 2018). Stress-induced genes were expressed later and to a lesser degree in VWMD patient cell lines compared to cell lines from healthy individuals. Importantly, we found that certain drugs targeting the protein production pathway could be used to improve the response of VWMD patient cells to stress. I am now evaluating how cells derived from individuals with Down Syndrome respond to conditions of cellular stress by modulating the protein biosynthesis pathway. I hope this work will improve our understanding of aspects of Down Syndrome and many different neurological disorders and perhaps eventually provide new therapeutic targets to enhance patients’ quality of life.