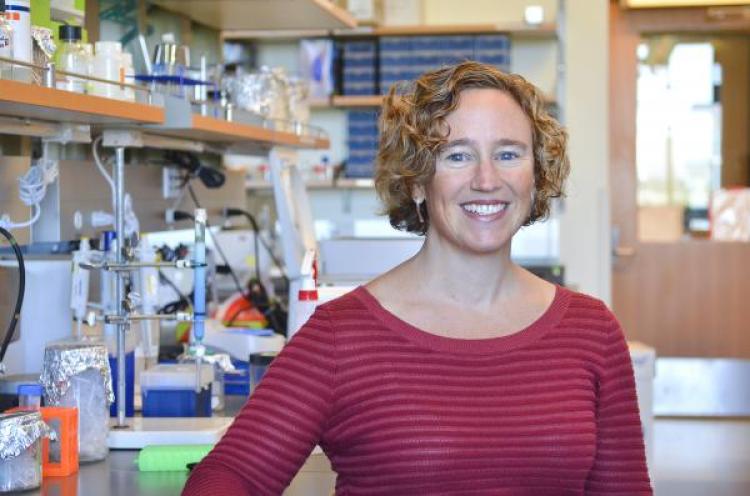 Researchers at the BioFrontiers Institute have developed a fluorescent-based approach to study virulence proteins secreted by the Listeria monocytogenes pathogen. The work was performed by the lab of Dr. Amy Palmer and recently published in Biophysical Journal.

Listeria monocytogenes is a bacterium which causes the foodborne illness listeriosis in approximately 1,600 people per year. Listeria can cross the placental, intestinal, and blood-brain barrier and enter several types of mammalian cells. This makes listeriosis particularly dangerous for pregnant women and individuals with compromised immune systems.

Listeria produces and secretes a series of virulence proteins during infection allowing the pathogen to evade the immune response and spread between cells. “We would like to better understand the mechanism of how Listeria infects human cells and how infection alters  biological processes within cells,” said Amy Palmer, an associate professor at the BioFrontiers Institute and senior author of the study.

To study these secreted proteins, researchers in the Palmer Lab leveraged the split-green fluorescent protein (GFP) system. A truncated strand of GFP is genetically fused to the bacterial protein of interest and the remainder of GFP is produced by mammalian cells. The individual components are nonfluorescent, but when infection occurs, the two components fuse and produce green fluorescence. This allows for visualization and tracking of bacterial proteins in real time.

Through this mechanism, the researchers showed accumulation of the Listeria protein Internalin C in host cells. Cells began to fluoresce six hours post infection, and fluorescence continued to increase for several hours. This research demonstrates how the split-fluorescent tagging strategy can be used to quantify protein localization and accumulation throughout infection and indicate differences in how pathogens infect varying cell types.

“This platform is robust and represents a versatile tool to gain insights in Listeria infection biology,” the authors conclude. In the future, this technique will allow for multicolor imaging, in which multiple host and/or pathogen components can be tagged simultaneously.

Pascale Cossart of the Institut Pasteur was a co-author on this study.

This research was supported by the Human Frontiers Science Project and the National Science Foundation.