Published: May 7, 2018 • By Colorado Arts and Sciences Magazine 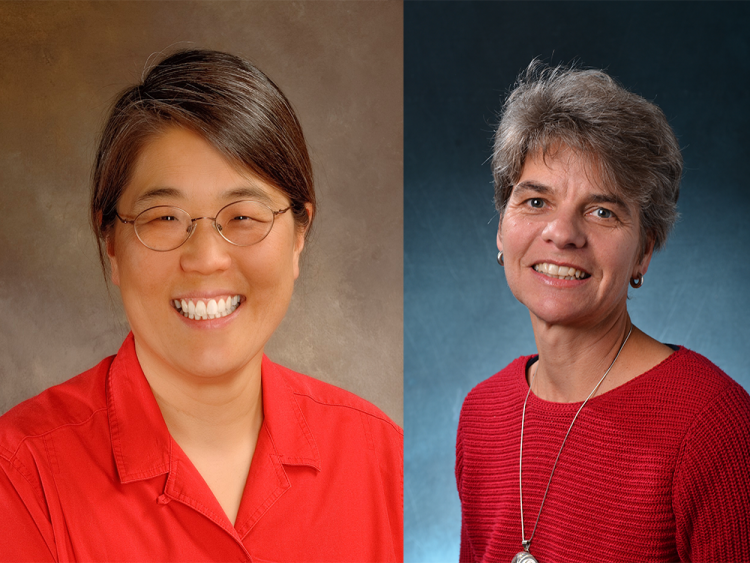 Pioneering biochemists Natalie Ahn and Karolin Luger have been inducted into the National Academy of Sciences, an honor that recognizes "distinguished and continuing achievements in original research." Membership in the prestigious organization is widely considered to be one of the highest honors that a scientist can receive.

"It's really a wonderful recognition of our work and a great honor that I share with all of my coworkers, past and present," said Luger, a professor in the Department of Chemistry and Biochemistry and the Jennie Smoly Caruthers Endowed Chair of Biochemistry.

Luger and her colleagues study how genetic material is stored in human cells and how these organizational principles critically affect every aspect of cell life in health and disease. Understanding and visualizing protein-DNA assemblies at atomic resolution will allow researchers to better understand how the genome is decoded by the cell’s machinery.

In 2017, Luger—who is also a Howard Hughes Medical Institute (HHMI) Investigator—published research on the genomic structure of microbes called Archaea, findings that hinted at the evolutionary origins of DNA folding that all multicellular organisms use. The research built on Luger's cornerstone scientific achievement, which outlined the three-dimensional structure of the nucleosome. That finding, now widely cited in textbooks, was named the “breakthrough of the year” in 1997 by the journal Science.

Ahn joined the CU Boulder faculty in 1992 and served as an HHMI Investigator from 1994–2014. She serves as President of the American Society of Biochemistry and Molecular Biology.

“This is such a great honor," said Ahn, a Professor of Distinction in Chemistry and Biochemistry and Associate Director of the BioFrontiers Institute. "I owe many thanks to my past mentors, and to my wonderful colleagues, students and friends in our amazing CU Boulder community.”

Ahn's research focuses on enzymatic and cellular mechanisms underlying cell signal transduction. She conducted pioneering work in the discovery of the mitogen-activated protein (MAP) kinase cascade, including the identification of MAP kinase kinases which are important targets for anti-cancer therapies. She was also a pioneer in the use of functional proteomics and mass spectrometry for signal transduction research.