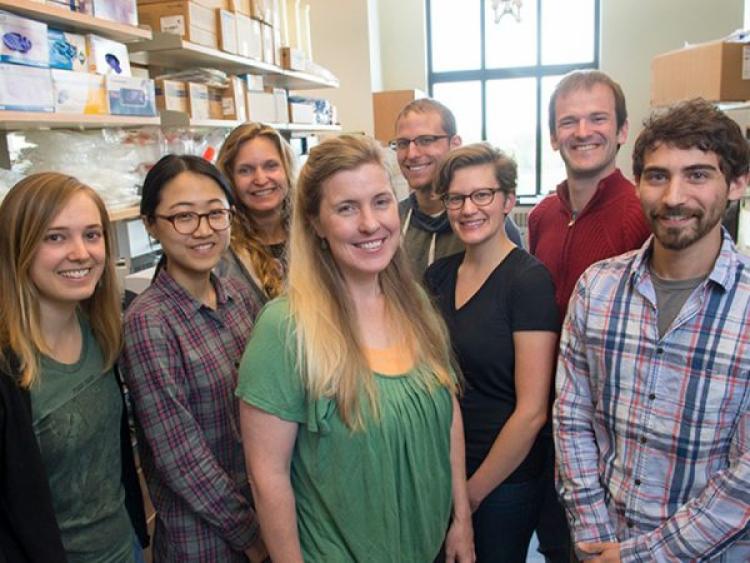 University of Colorado Boulder researchers studying the emergence of viruses from wildlife populations provide a key clue to how simian immunodeficiency virus emerged from monkeys, ultimately starting the HIV-1 pandemic in humans.

“These new observations show that differences in the RanBP2 gene between closely related species (Human-Chimp-Gorilla) affect the ability of human immunodeficiency virus (HIV-1) and related viruses in apes to infect cells. This suggests that this gene played an important role in the evolutionary processes that lead to the emergence of HIV-1 in humans,” said Nick Meyerson, a postdoctoral researcher in CU Boulder’s BioFrontiers Institute and lead author of the new research.

HIV-1 entered the human population after a series of spillover events where the simian immunodeficiency viruses (SIVs) successfully made the jump from African monkeys to great apes (chimpanzees and gorillas) and, finally, to humans. During spillover events, the virus must adapt to the new host species to gain access to critical cellular machinery. Once inside a cell, the virus requires entry to the nucleus to replicate. However, there are myriad gatekeepers designed to prevent such access.

The new research, which was recently published in the journal PLOS Pathogens, found that the transmission of SIVs from monkeys to chimpanzees, and then from chimpanzees to gorillas, both coincided with changes in the virus that enabled interaction with the cofactor RanBP2 of the new host species. RanBP2 is a component of the nuclear pore complex known to facilitate nuclear entry of HIV-1. Interestingly, human RanBP2 did not act as a barrier to transmission from great apes to human. This indicates that the transmission events of SIV from monkeys to apes paved the way for ultimately infecting humans.

“Now that we know how these monkey viruses adapted to humans, we may be able to look for similar types of changes in related viruses in nature,” said Sara Sawyer, an associate professor in the BioFrontiers Institute and senior author of the new study.

The findings could also provide new avenues of inquiry for better understanding individual levels of infectivity. “In the current study I looked at variation in RanBP2 between species whereas I am now investigating how RanBP2 variation within a species might affect an individual's susceptibility to viruses like HIV-1,” said Meyerson.

Co-authors of the study include Daniel A. S. A. Vieira and Felipe Diaz-Griferro of the Albert Einstein College of Medicine.

The research was supported by the National Institutes of Health, National Science Foundation, and the Burroughs Wellcome Fund.