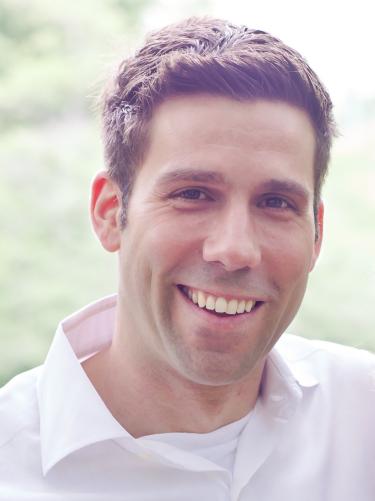 When John Rinn was an undergraduate at the University of Minnesota, his focus was on skateboarding and snowboarding. However, a Chemistry 101 course sparked an interest in science where Rinn noticed that powerful chemical reactions could be broken down into simple steps just like a skateboard or snowboard trick. Rinn discovered a passion for RNA following a summer research fellowship centered on engineering transfer RNA for new properties. Following the experience, Rinn pursued graduate school to train as an RNA structural biologist.

“John is an outstanding choice for the first recipient of the Marvin H. Caruthers Endowed Chair for Early-Career Faculty,” says Nobel laureate and Director of BioFrontiers Institute Tom Cech. “His discoveries in RNA biology and bioinformatics are known worldwide, and he's a charismatic leader as well.”

Before joining the Institute, Rinn served as Professor of Stem Cell and Regenerative Biology at Harvard University and Senior Associate Member of the Broad Institute. Rinn received a Ph.D. in Molecular Biophysics and Biochemistry from Yale University, and he earned a bachelor’s degree from the University of Minnesota in Chemistry.

Concurrent with his BioFrontiers Institute appointment as the Leslie Orgel Professor of RNA Science, Rinn has been named Professor of Chemistry and Biochemistry at the University of Colorado, Boulder. "John is an unusually innovative and energetic scientist with a multidisciplinary approach to study RNA biology in the context of human disease. We are very excited to have John join our department and the BioFrontiers Institute,” says Marcelo Sousa, Professor of Chemistry and Biochemistry.

BioFrontiers offers Rinn a unique opportunity to build a seamless bridge between computational and experimental biology to explore and discover new functional elements in the noncoding genome.

“Boulder is a mecca for RNA biology, and BioFrontiers is simply the best place on earth to blend genomic-scale studies with classic RNA biochemistry to understand noncoding RNA from ‘soup to nuts,'” says Rinn.

“It is an amazing group of people with endless possibility for collaboration, which has driven our science from the start. BioFrontiers is the perfect environment to continue to evolve our research program and collaborative network.”

A pioneer of RNA biology, Rinn focuses on uncovering the functional elements with real biological significance hiding in long non-coding RNA (lncRNA) genes, strings of nucleotides that were once considered to be “junk DNA.” “We have discovered some very interesting new long noncoding RNA genes, but we don’t know how they work on a mechanistic level. By collaborating with faculty members Roy Parker, Rob Batey, Robin Dowell, Deborah Wuttke and Tom Cech, as well as many others, we can tackle how these mysterious genes work and identify new approaches to fix them when they go awry in disease,” says Rinn. “I am equally excited to collaborate with the faculty pioneering single-molecule and single-cell microscopy techniques. I see our research program not only accomplishing long-term goals of RNA biology but expanding in entirely new directions, too!”

When asked what he would do as soon as he arrives, Rinn responded, “paint the walls of my office with whiteboard paint then immerse myself into the scientific bliss of BioFrontiers.” As a nod to the spirit of his new hometown, he added, “Oh, and then maybe I’ll go for a run by the creek.”