The Founders of Biomaterials 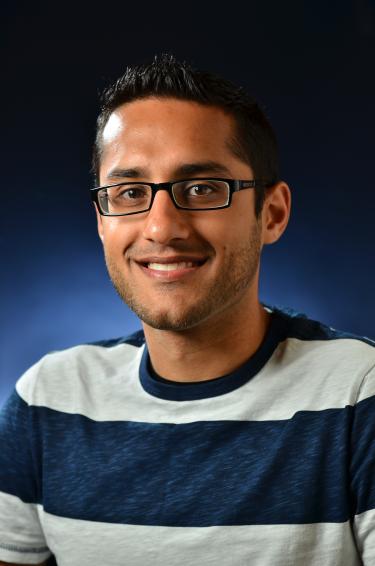 The Society for Biomaterials Annual Meeting has been a regular stop during my Ph.D. career. From my first attendance at the 2014 conference in Denver to my most recent experience this year in Minnesota; it has become a very familiar place to me. I still remember the first time I attended, walking into the Colorado Convention Center eyes wide open, trying my best to withhold the eagerness that was ready to pounce at the first opportunity to start talking research with a fellow scientist. It was a brand new experience to me, and with the allure built up from senior graduate students in my lab, I could barely contain myself. I was nervous, worried whether I would have the chops to kick it with the big players, but more so excited, not only since it was my first conference but also because I would be giving my first oral presentation. I got to meet new people, listen to great speakers, network, hear groundbreaking research, enjoy stimulating company, and all the other things that come with a conference. Looking back, my first experience was a grand slam in a sense.

Returning to the conference in following years felt natural. It wasn’t anything ‘earth-shattering’ for my Ph.D. experience like the first time. Yes, there were the incremental advances in research, with a few new techniques being implemented or directions taking root in the field. But overall it felt like a lot ‘more of the same’. I felt well versed on ranges of topics, much of which was very different than my specific area of focus. I began to recognize faces of colleagues from other campuses, institutions and even countries I have never visited. Even the conversations felt a little less stimulating and a little more like I was going through the motions. Had I experienced everything there was? Networked with everyone I could? Could I ever reach the initial ‘high’ again?

In reality, I was sure that was not possibly the case. For some time I just could not come to terms with the feeling and more or less just pushed it aside. I think it was only this most recent trip where I was able to bring everything full circle. It happened on the first day during the award presentation at the opening ceremony, when Jeffrey Hubbell received the Founders Award. Hubbell was not anyone new to me; he was one of those people with whom I had become all too familiar. I had read dozens of papers that he published and chapters he had co-authored. He was a staple in my field and, ironically titled, deserved the Founders Award in every right. He stepped onto the stage, accepted his award, posed for the obligatory pictures, and then stepped to the podium and began his acceptance speech, “This Society has become a home for me…”

I’m sure to most it may have been something minor or meaningless, but I began to fixate on that as he continued to elaborate. He explained how it was at the annual meetings that he met his pioneers in biomaterials as a young scientist, asked the hard questions, received some tough love, began to bring his students to the meetings and watch as they progressed in the field and brought their students along. It was a great metaphor, and almost every awardee that followed alluded to it. And it put into words pretty well the exact things I felt as I became familiar with the annual meetings. I went through the conference with a different outlook, being very observant and intentional with my actions, perhaps because of the renewed spirit. On the last day, I got to hear plenary talks from Alan Hoffmann and Buddy Ratner, the two recognized as laying the cornerstones for the field that we now know as biomaterials. It was a great way to end the conference, probably the last one I’ll attend as a graduate student. As I stand hopeful, at the cusp of my Ph.D. career, unsure what path I may take, I have a feeling, like my role models, I will be returning to my home at the Society for Biomaterials.