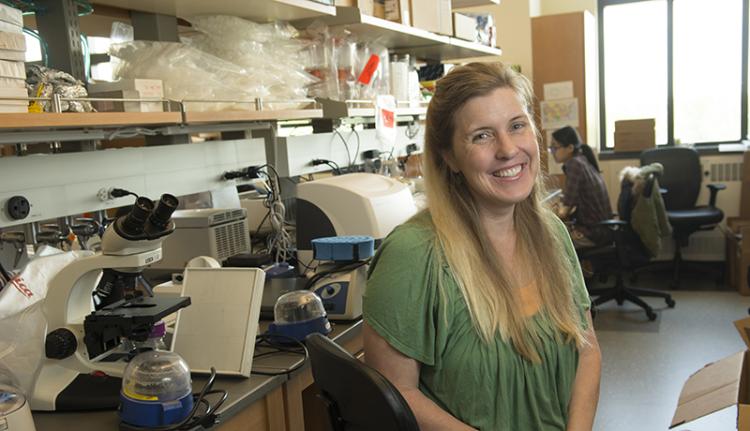 Humans have used Saccharomyces cerevisiae yeast in baking, brewing and winemaking for millennia. New research from the University of Idaho and the University of Colorado Boulder reveals another way that yeast species can help our species: by demonstrating how viruses interact with their hosts, and how hosts may evolve to fight back.

Paul Rowley, an assistant professor of biological sciences in the UI College of Science, and Sara Sawyer, an associate professor of molecular, cellular and development biology in the University of Colorado Boulder's BioFrontiers Institute, have discovered that a gene in S. cerevisiae and multiple other Saccharomyces yeast species appears to rapidly evolve to recognize and destroy attacking viruses.

The finding is surprising because the gene, called XRN1, is not associated with immunity. Rather, it builds a "housekeeping" protein that helps the cell clean out old molecules, according to the researchers.

"Evolution can actually shape these essential proteins and redirect them to interfere with virus replication," Rowley said. "It is interesting to think that non-immunity proteins are having a role to play in viral defense. Going forward it is going to be fascinating to see how many other essential proteins are moonlighting as antiviral factors."

Almost all species of yeast involved in food- and drink-making, and many other yeasts are chronically infected with viruses. These viruses hold their genetic information in RNA, which is also an important genetic molecule in yeast and all other organisms.

"Viruses are typically quite specific in the hosts that they infect. New diseases like Zika arise when a virus from one species evolves the ability to infect another," Sawyer said.

"We have demonstrated an approach for finding the host genes that keep viruses in their place, making it hard for them to infect new species. With this study, the approach has now been demonstrated to work from yeast to humans," she said.

XRN1 makes a protein that functions like a garbage disposal in yeast cells, breaking down the cell's old RNA. But by genetically altering the yeast cells, scientists have shown the XRN1 protein also can break down viral RNA.

"People saw that if you remove XRN1, the virus replicates at very high levels within the cell," Rowley said. "If we express XRN1 at a high levels, it will knock the virus out completely. We can cure the yeast of the virus."

Scientists' prevailing wisdom said the XRN1 protein wasn't specifically targeting viral RNA -- just grabbing it by coincidence, as if it were yeast RNA in need of disposal. However, Rowley and Sawyer's new research, published in the journal PLoS Pathogens, demonstrates that XRN1 is evolving specifically to combat viruses.

Rowley used genetic analysis tools to examine XRN1 in all known species of Saccharomyces yeast and found it is changing rapidly, much quicker than expected by chance. To test whether it is actually responding to the virus, Rowley and Sawyer removed the gene and swapped in XRN1 from other Saccharomyces yeast species.

"When we put in XRN1 from a different species, all of a sudden the virus started to grow rapidly. It's as if we completely deleted XRN1," Rowley said. "Challenging XRN1 from different species against a virus they've never encountered, it's like they're blind to it."

XRN1's housekeeping functions, on the other hand, worked just fine -- indicating that XRN1 evolves differently in each Saccharomyces species in order to target the specific viruses infecting them, while still maintaining the essential role as a cellular garbage disposal.

Beyond providing a model for understanding the "genetic arms race" of host-virus interaction, Rowley said, he and Sawyer's findings also have applications to human health.

XRN1 is an evolutionarily ancient gene, found in species from yeasts to humans. It serves the same RNA-disposal function in humans, and it also can break down viral RNA. In fact, some human viruses target XRN1: Polio degrades it, and the virus that causes Hepatitis C blocks it from attacking its RNA.