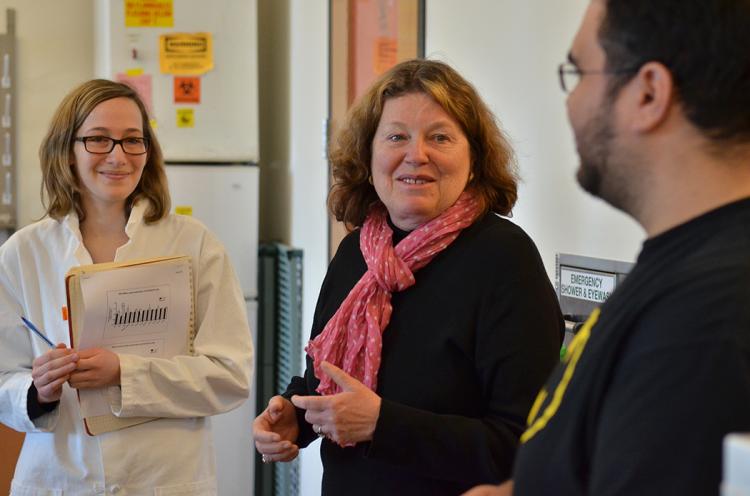 University of Colorado Boulder biologist Leslie Leinwand has been selected as a member of the 2014 class of the American Academy of Arts and Sciences, which honors the leading “thinkers and doers” from each generation, including scientists, scholars, writers and artists.

Leinwand—chief scientific officer for CU-Boulder’s BioFrontiers Institute and a professor of molecular, cellular and developmental biology—is an expert in cardiovascular disease.

“Her election to the American Academy of Arts and Sciences is an outstanding recognition of Leslie’s scientific contributions to understanding the biology of the heart,” said BioFrontiers Institute Director Tom Cech. “Leslie has made a career of fearlessly and creatively approaching challenges, like heart disease, by searching for answers beyond her field and beyond what we think could be possible,” said Cech, also a distinguished professor of chemistry and biochemistry. “This unique view of science also is giving the students in her lab and in her classroom the tools and perspectives they will need to solve the biomedical challenges of the future.”

“This unique view of science also is giving the students in her lab and in her classroom the tools and perspectives they will need to solve the biomedical challenges of the future.” --Tom Cech

Leinwand’s research opens the door to the possibility of personalized treatment for heart disease. She has shown that the mechanisms of heart disease differ between males and females and that the genetic risk of the disease is impacted by both gender and diet.

Leinwand’s lab also has studied the blood of Burmese pythons, which has the unusual property of greatly increasing the size of the snake’s internal organs, including the heart, after a large meal, a feature that could also have implications for combating human heart disease. Her research has shown that this enlargement shares features with the response of the human heart to chronic exercise.

With Leinwand’s election, a total of 29 CU-Boulder faculty members have been inducted into the academy. The American Academy of Arts and Sciences was founded in 1780, and members have included George Washington, Benjamin Franklin, Daniel Webster, Ralph Waldo Emerson, Albert Einstein and Winston Churchill.