Four years ago, E.O. Rafelson became fascinated by a kaleidoscope that he purchased at an art fair and the high quality of the images he viewed through it.

Now a Creative Technology and Design senior at the ATLAS Institute pursuing an engineering degree, Rafelson has fabricated a high-tech kaleidoscope for his capstone project as well as developed a way to project the patterns generated onto a planetarium dome.

Rafelson’s CTD capstone project, “Kaleideo,” was presented at Fiske Planetarium on Nov. 9 for two free shows–“Reset,” intended to be a “grounding experience” with slow, ethereal scenes and “Recharge,” a faster, more uplifting show.

“The audience will never see the same thing twice,” Rafelson said before the show. “And everything happens live, in real time.”

“The coolest thing about the project is that all of the visuals are created physically as opposed to digitally,” Rafelson said.

"Kaleideo is one of those projects that comes along that doesn’t just exceed expectations, it creates a whole new sensory experience that in its inception becomes a new art form in itself," she said. "E.O. has worked all year to create a new visual instrument of which he is a master. I am so proud to have been involved; I can’t wait to see how his career and creative practice unfolds."

From solo to group experience
Before looking through a high-end kaleidoscope, Rafelson thought kaleidoscopes were "just a kid’s thing.” After he realized the possibilities, he had the idea that the images inside the scope could be simultaneously enjoyed by multiple people, instead of one person viewing through a tiny hole.

Rafelson’s kaleidoscope is filled with beads, blown glass, glitter, crystals, gears and “miscellaneous magic,” he says. Instead of using household mirrors where light travels through glass before being reflected, he used front-surface mirrors, which reflect light directly from the mirrors’ surfaces, allowing a seamless array of images.

If you go
Who: Open to everyone

Etc.: Doors open 10 minutes before showtime. Seating is limited to the first 100 people.

In children’s kaleidoscopes, each time the end is turned, the pieces of colored plastic move suddenly through dry cells. Rafelson filled the cells in his kaleidoscope with silicon oil so that the beads and glass pieces are suspended in an almost honey-like fluid, and everything moves in slow motion.

Several fader sliders control various modes and colors of LEDs that are built into the kaleidoscope and illuminate the objects from the inside. A light bucket lined with a strip of LEDs allows other lights to enter from different angles, which allows for different effects than having light only enter from the kaleidoscope's side or bottom.

He digitally records the movements live with his phone camera. To do this he fabricated an enclosure that his phone snaps into, which aligns the phone's camera directly in front of the kaleidoscope’s mirror system.  He uses Camo software to move the live footage from his phone to a computer, as well as Resolume software to project the images from the computer onto the planetarium dome.

Each of Tuesday’s sets at Fiske included a short introduction by Rafelson. Performances were about 20-minutes long, followed by an opportunity for the audience to ask questions and interact with Kaleideo.

“My primary goal is that the audience experiencea a state of awe,” Rafelson said.  “And depending on which show they came to, I hope they experiences being reset, recharged or both.” 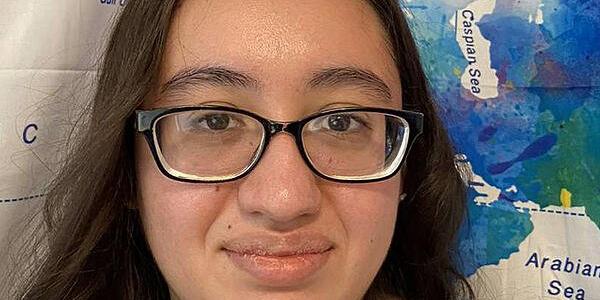 Before she graduated in May with a bachelor's degree in Creative Technology and Design, Monica Chairez used the skills she gained at ATLAS to help solve several needs for CU Dental School of Medicine. END_OF_DOCUMENT_TOKEN_TO_BE_REPLACED 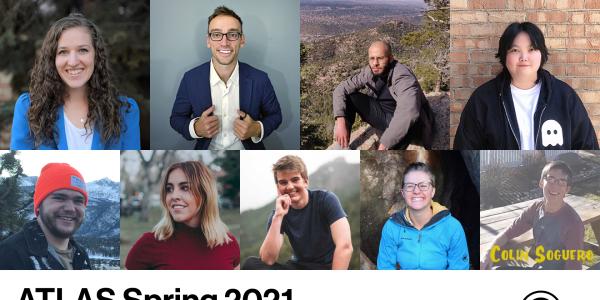 Graduating in May 2021 with degrees in Creative Technology and Design, the graduate and undergraduate students listed below are recognized for exceptional accomplishments, having demonstrated initiative in their academic and extracurricular activities, completing outstanding research or creative projects, or contributing significantly to the ATLAS community. END_OF_DOCUMENT_TOKEN_TO_BE_REPLACED 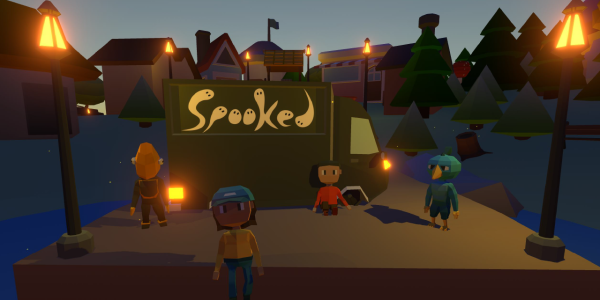 CTD Capstone (previously TAM Capstone) is a rigorous, two-semester course sequence required for all Creative Technology & Design majors. Normally taken during the senior year, it involves the completion of a culminating project that goes through multiple rounds of faculty review and iteration. This small collection of project presentations gives a sense of the kind of work students complete in the CTD program. END_OF_DOCUMENT_TOKEN_TO_BE_REPLACED
Return to the top of the page