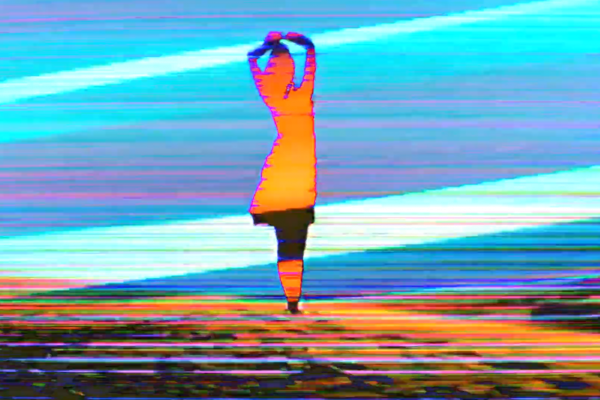 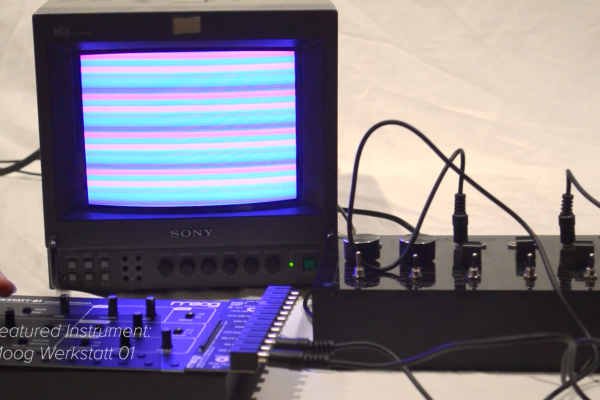 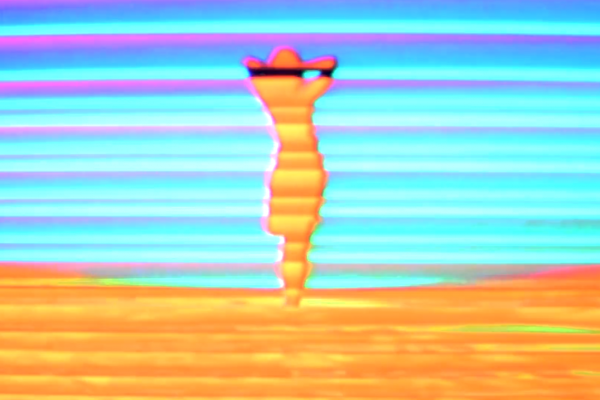 Words cannot adequately describe this project; the best way to understand Sarah Manning's Vibrance VGA is to watch the video embedded above, which not only demonstrates the output of her unique analog video synthesizer, but also explains some of the process she went through to make it.

In short, Vibrance VGA is a technology mashup that combines an analog sound signal with an analog video stream, creating an artful, syncopated glitchy video output.

“I was really excited to find a way to combine the principles of analog video and audio synthesis into one device to create interesting and unique video art,” says Manning.

She used a decades-old Sony display for the output. Standard equipment for TV news crews decades ago, the monitor includes old-school cathode ray tube technology which can be easily glitched. "Newer digital monitors reject altered signals," says Manning. And she chose VGA video because the red, green and blue video signals are transmitted independently and can be manipulated along with the horizontal and vertical sync signals.

To start, Manning drew a signal map to determine an overall concept for the project interaction. Then she began electronic experimentation: "I was blindly wiring potentiometers and I melted the integrated circuit chips," she said. She went through countless circuit variations and made numerous mistakes, including frying integrated circuit chips by running 12 volts through circuits designed for far less. The result: "It creates smoke and melts,” she chuckles. Buying a voltage regulator fixed that issue: "After that, I kept it at a nice, even 5V.”

The biggest breakthrough came when she discovered the CHA/V project by Jonas Bers, which includes directions for building an inexpensive DIY video synthesizer. This electronics "hack" is usually used in manipulation of sound with audio synthesizers, but Bers had the idea to combine it with VGA video. Manning pushed the idea further by altering a live VGA video output rather than the VGA test signal generator that Bers’ project used.

Ultimately, she was happy with the results.

“I love the glitchy and unpredictable nature of analog electronics,” she says. “I hardly ever find something I consider a mistake because I just think of them as bonus features. Everything about working on this project has pushed my art style to a new level and helped me create things I would have never imagined before. I also just love the way it relates to my other ATLAS projects and has just overall enhanced my artistic aesthetic."

Vibrance VGA was Manning's capstone project: the culmination of her Creative Technology and Design undergraduate degree. Although the project requirements have been completed, Manning continues to record and edit new videos using Vibrance VGA and to find new effects as she tries using different instruments.

“I’m already mentally planning my next circuit board layout and the new features that I could add,” she says.

In the future, she wants to build her own video engine to have a true synthesizer. “But that would take much longer than a semester,”  she says.