When Emily Gould and Lillie Bahrami decided to collaborate on their capstone project, the two Creative Technology and Design students felt passionate about their shared goal: to create a “visually stunning, story-focused project.” But there was also some creative tension. Bahrami felt more drawn to creating the story in virtual reality, while Gould wanted to work in 2D animation.

“As we developed our concept, we realized that we didn’t need to compromise,” says Bahrami, a member of ATLAS Institute's Whaaat!? and THING Labs and a course assistant for the Intro to VR class. “We were able to draw inspiration from very different sources and find unexpected, delightful ways to combine our ideas.”

The result is “Mira’s Curse,” a fantastical animated and interactive journey told through virtual reality. The multimedia project follows the story of the protagonist, Mira, who travels through nine imaginative VR scenes on a journey of self-discovery. Through learning the complex stories of the strong women in her family, Mira realizes that she has the power to shape her own future.

“We were always thinking about the relationship between the scene we were writing and the best way to represent it in VR, and utilizing the 360-degree space in the most imaginative and cohesive way,” says Gould.

To do this, the two developed a sequence of diverse visual and interactive styles that followed Mira’s personal growth. At the beginning of her story, when Mira feels powerless, her scenes are mostly “theater-style” 2D videos. As Mira learns her capabilities and is empowered, those 2D elements are woven into increasingly immersive scenes, such as an animated comic in 360 degrees, a game where users strike virtual matches to reveal the story in their 2D flames, and expansive 3D landscapes.

Bahrami and Gould wrote the script together and then developed storyboards, moodboards, and UX designs. Gould then assembled audio assets—including original music by fellow CTD students Xavier Corr and Phu Le—and created 2D scenes as animated sequences of hand-drawn frames using Procreate, Blender’s Grease Pencil and Adobe After Effects. Meanwhile, Bahrami created 3D animations in the VR painting tool, Oculus Quill. They then used Blender to convert their scenes to 3D, and Bahrami completed the project using Adobe Premiere and the game engine, Unity 3D, to bring all of their content together into an interactive VR experience.

The biggest challenge was collaborating from their individual homes during the pandemic, including sharing ideas and assets, working with other collaborators and mentors, recording music and accessing university equipment.

“Bringing an ambitious project like this to life requires a lot of resilience and creativity under the best possible circumstances,” Bahrami says. “With support from the ATLAS community, we found solutions to all of our pandemic problems and didn’t let the circumstances prevent us from making the project we wanted to make.”

One pandemic constraint they couldn’t avoid was being unable to show the full VR experience to their peers. Bahrami and Gould hope to offer a VR demo after the pandemic is resolved, even though they will have graduated.

“Mira’s Curse is a really magical and unique project that transcends boundaries, which is what VR does best,” Bahrami says. 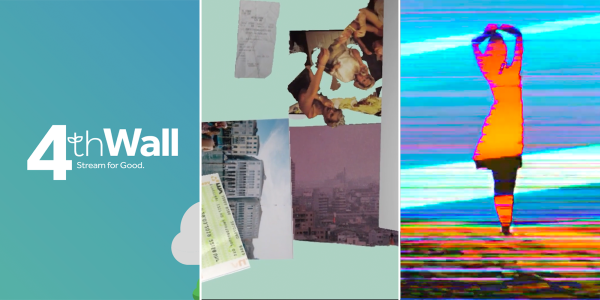 To finish out their studies at ATLAS, students majoring in Creative Technology & Design (CTD)... END_OF_DOCUMENT_TOKEN_TO_BE_REPLACED 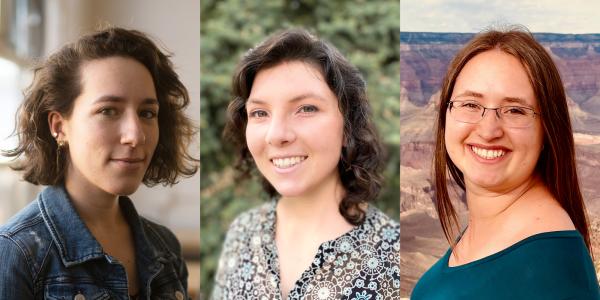 Graduating in December 2020 with Bachelor of Science degrees in Creative Technology and Design, the... END_OF_DOCUMENT_TOKEN_TO_BE_REPLACED
Return to the top of the page