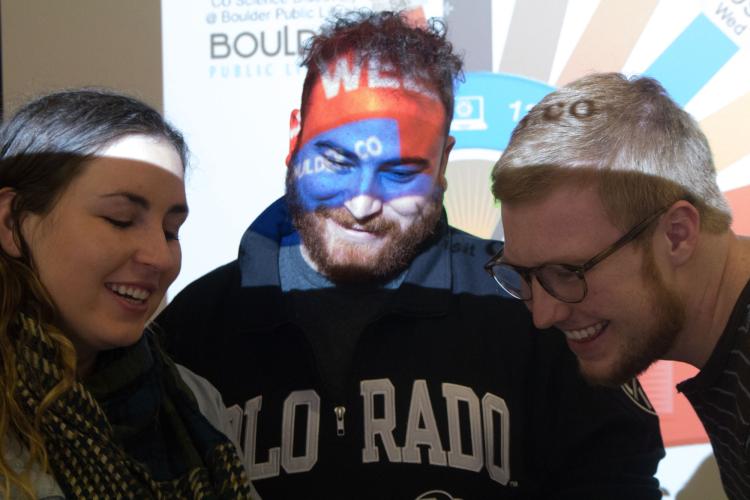 His teaching methods are innovative, iterative and easy to understand, and he cares about his students. He facilitates meaningful discussions, fosters curiosity and supports students in building projects that are creative, differentiated, and hold meaning to them personally.

These are just a few of the comments nine ATLAS students used when nominating Ben Shapiro, assistant professor of computer science with the ATLAS Institute, for the 2018 Sullivan-Carlson Innovation in Education Award. The award, along with a $1,500 prize, is given annually to one College of Engineering & Applied Science teacher “who demonstrates initiative in developing and using hands-on curriculum, employs hands-on learning, actively engages students and makes an impact beyond the classroom.”

“It feels good to know that I'm making a difference in students' lives,” says Shapiro, who also directs ATLAS Institute’s Laboratory for Playful Computation. “I attended a large public university, UCSD, and it made a huge impact on me when a few professors went out of their way to treat the classroom as a place to do creative, interesting work together. I aspire to be like them.”

Amirah Counts, who took Shapiro’s “Code Sorcery for Novice Wizards” class, says Shapiro “is the definition of innovation in learning.”

“The way he approaches teaching and iteration is unlike any experience I've had in a higher ed class,” Counts says. “He makes everything he touches fun, exciting and impactful. I wish I had been able to take more classes from him!”

Robin Gibson, who also took Code Sorcery, says she nominated Shapiro  for many reasons, but primarily because of how he took an interest in her learning.

“He helped instill and develop a confidence in me that no other instructor has throughout my college experience,” says Gibson, who now works as a product manager for Brighter Vision Web Solutions. 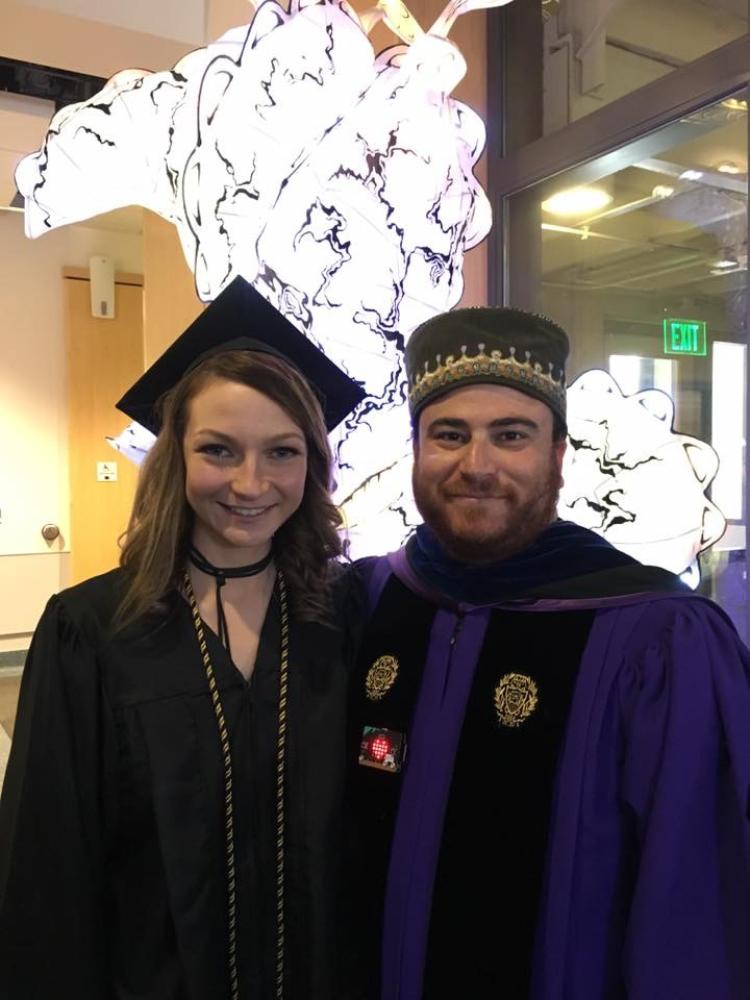 "He also made sure to be present for the ATLAS graduation ceremony, even though I was his only student there," says Robin Gibson, who received a TAM certificate in Spring 2017. "That meant a lot to me."

Gibson says by the time she started her TAM certificate through ATLAS, she had already completed undergraduate work in sociology and pre-law, but knew she wanted to shift her career trajectory.

“There was this lingering idea nestled in the recesses of my mind that I wasn't an engineer, a mathematician or a scientist, and that my work would only span as far as design was related to code," she continues. “Ben Shapiro came in and shook me—he began challenging our class from day one, and with such a small class size, there was no 'back row' to sink into.

"Ben took an active interest in each of his students, asking probing questions, and even when you'd deliver the assigned product/project, he would always push you to do more, but more importantly, he would help you do that. Taking his course improved my whole outlook on what I was able to accomplish and what I could learn. I began to open up to challenges I previously shied away from."

Another student who nominated Shapiro says, "Ben's Interactive Machine Learning for Customizable and Expressive Interfaces allowed me the opportunity to apply machine learning towards a meaningful, and impactful HCI-focused software project. Not only did the course structure inspire thoughtful discussion between students, but Ben made sure that students always had the end user in mind, and challenged students to think outside of just themselves and what they would want.”

The Sullivan-Carlson Innovation in Education Award was established in 1997 by engineering students in honor of Jackie Sullivan and Larry Carlson, co-directors of the Integrated Teaching & Learning Laboratory. 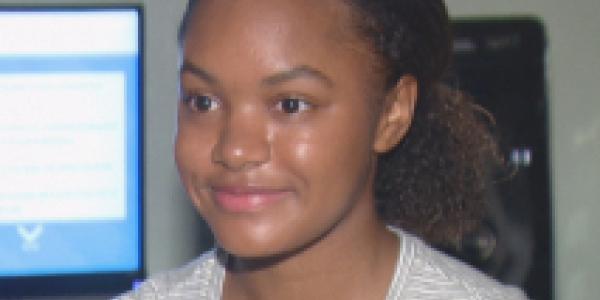 Future Leaders winner, Makenna Turner, a junior at Peak to Peak Charter School in Lafayette, is working with PhD student, Abigail Zimmermann-Niefeld, in the Laboratory for Playful Computation to develop a wearable device that teaches skills, like hitting a golf ball. END_OF_DOCUMENT_TOKEN_TO_BE_REPLACED 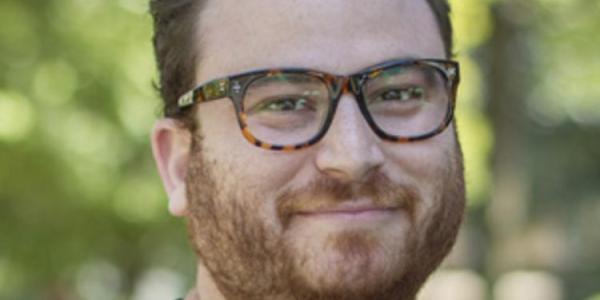 In this OP-ED piece for Communications of the ACM, Ben Shapiro and others argue that machine learning has moved from a peripheral topic within computer science to the core of what new computer scientists need to know. END_OF_DOCUMENT_TOKEN_TO_BE_REPLACED 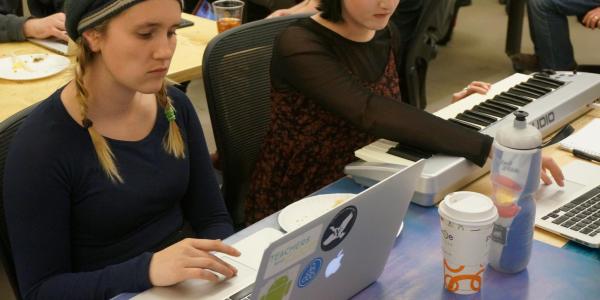 ATLAS hosts advanced workshop for MakeCode, the JavaScript platform that vastly simplifies the creation of programming editors. END_OF_DOCUMENT_TOKEN_TO_BE_REPLACED
Return to the top of the page