The assignment is to play with remote control cars. Well actually, break them up and use the parts to build something else. It's an apt assignment for Arielle Hein’s Object class, which meets in the ATLAS Blow Things Up Lab.

Using screwdrivers, pliers and whatever else they can find, students pull engines and drive trains from cars, dump trucks and drag racers, and connect them to micro:bit controllers to create custom sleds or "junk bots,"  from cardboard and other recycled materials. Instead of soldered circuit boards, they use loose wires and crocodile clips and binders to connect components. As students' creations take shape and come to life, the tempo in the room steps up a notch as the sound of wiring motors blends with laughter and conversation.

De Halleux uses this approach in middle and high schools to teach circuits because kids usually don’t have the dexterity to work with microcontrollers, soldering irons and breadboards. This workshop was the first time de Halleux had tried the approach with adults.

“It is a chance for students to work with motors without getting in the weeds of breadboards and circuits,” says Ben Shapiro, assistant professor in the ATLAS Institute and the Department of Computer Science. 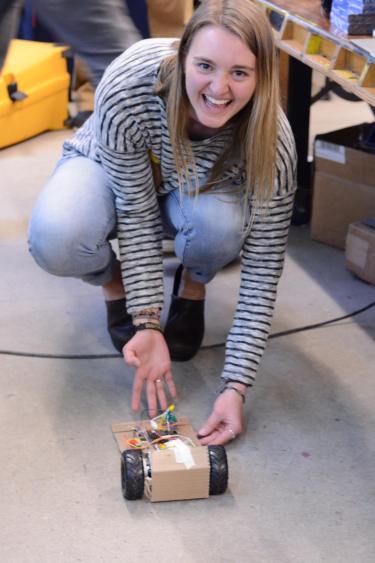 Juliet Luna and her partner crafted a yellow submarine from cardboard and hot glue, attached markers as legs and then weighted the salvaged DC motor so the submarine shook when the motor was activated, causing the legs to draw on the paper below it. “We do a lot of fun things in the TAM program, but this workshop made me feel like a kid again,” says Luna, who plans to graduate in 2019 with a TAM minor.

For Hein, it was exciting to watch her students use micro:bits for the first time. Some groups made relays using the micro:bit, which allows control of two motors. Other groups incorporated a second micro:bit as a wireless controller using the built-in radio feature of the board.

“They were able to do so much with the materials,” Hein says. “The micro:bit has a lot of built-in sensors and inputs, but the best part is that two micro:bits can be easily configured to communicate with each other over radio signals. This means that one micro:bit can be used to wirelessly control another.”

Luna says students helped each other with their projects. “The BTU lab is such a cooperative environment,” she says. “The space encourages students to take more risks and push boundaries. The people you get inspiration from don't need to be experts. It was a blast. What other class allows you to take apart cars and build cardboard submarines?”

YouTube video  (For those who want to try this at home.)
Microsoft workshop photo album 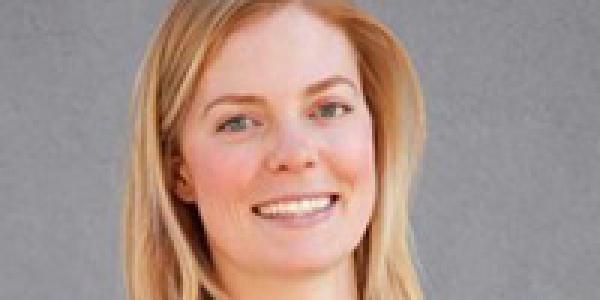 "A New Way to Measure Time," TEDxMileHigh:Point of Departure 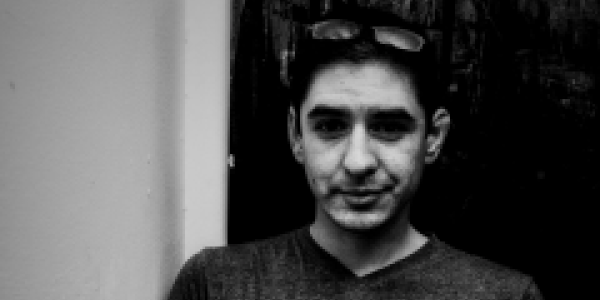 He is enthusiastic, knowledgeable, amusing, respectful and he cares, say students of ATLAS Institute Instructor Christopher Carruth, who earlier this week was awarded a 2018 Marinus Smith Award for outstanding teaching. END_OF_DOCUMENT_TOKEN_TO_BE_REPLACED 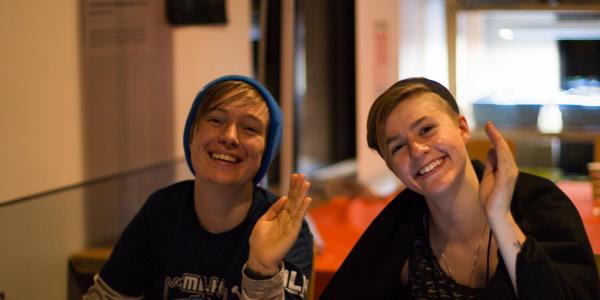 T9Hacks continues to grow and thrive

Creative coding marathon attracts a majority of women and first-time hackers. END_OF_DOCUMENT_TOKEN_TO_BE_REPLACED
Return to the top of the page