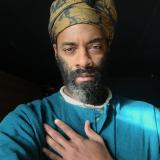 LaMont Hamilton is a multidisciplinary artist whose work deals with the spiritual, ecological and subconscious through sound, installation, performance, poetry and lens-based medium. Hamilton has been the recipient of several fellowships and awards including the Jerome Hill Artist Fellowship, Smithsonian Artist Research Fellowship, Artadia Award, ArtMatters Grant and more.

LaMont Hamilton is the 2021 artist-in-residence at the CU Art Museum.

Link to more information about the Fall lecture series 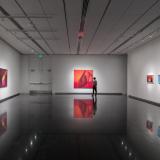 October 7, 2 - 6pm CU Art Museum Open House
Celebrate the museum’s reopening with special programming every hour, including take and make projects, conversations with artists and curators, and a dance performance by VisKosity at 5:30 p.m. Please check back on our website for a full schedule of events.

November 11, 12pm CU Art Museum Artist Talk
Join us for an in-gallery conversation between exhibiting artist Kate  Petley  and Steven Frost, creative director of the B2 Center for Media, Arts & Performance at the ATLAS  Institute and instructor in the Department of  Media  Studies. 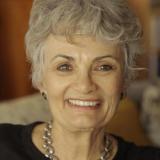 Tuesday, October 12, 2021 at 2:00 PM
Lecture: "Defining an Ecological Approach to Art History: On the History of Human Exceptionalism"

About the lecture: The responsibility of intellectuals to society has changed as awareness has grown that human-induced degradation of the ecosystem poses an imminent existential threat to life as we know it on planet earth. The flipside of the smooth flow of goods is the relentless precarization of workers and destruction of the planetary ecosystem. The task today is to grasp the brutal reality of planetary interdependency and its emancipatory possibility. Art History potentially has a significant role to play in raising awareness and advancing the public's interconnectedness with the planetary life-support system that so urgently needs to be restored. At the center of ongoing theoretical efforts across a wide span of methodologies, subjects, and scales of research a central issue has been whether a global history of art inevitably follows the logic of economic globalization, or whether it can offer an alternative vision that equally respects the multiple subjectivities of the actors involved. I will argue that the intellectual and social history of the European concept of humanness deserves far more scrutiny than it has yet received if the goal is to transcend the thought structures that enable and maintain the present crisis.

Claire Farago (PhD, University of Virginia; Professor Emerita, University of Colorado Boulder; Ruth and Clarence Kennedy Professor of Renaissance Studies, Smith College, 2021) has published widely on Leonardo da Vinci's manuscripts. Most recently, The Fabrication of Leonardo da Vinci’s Trattato della Pittura 1651 (2018), is the fruit of a decade-long international collaboration. Farago is also an active contributor to the discourse on cultural interaction, beginning with the groundbreaking anthology, Reframing the Renaissance (1995).  Since 2017, her efforts to articulate decolonial strategies have focused on the climate emergency. Borderless Histories of Art: The Future of Cultural Memory in the Era of Climate Disruption, is forthcoming from Routledge Press next year. 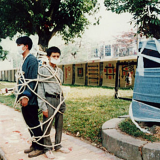 Co-sponsored by the Center for Asian Studies

After registering, you will receive a confirmation email containing information about joining the meeting. 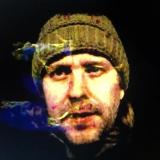 Join ATLAS for a food-fueled conversation hosted by creative resident Brad Gallagher. Meet other residents/campus creatives and discuss B2 residencies, this burgeoning creative community, and all the wild possibilities offered by the BBX’s new performance tech. Brad will share/demo some of what he discovered while using MoCap & the ambisonic system. He’ll offer some ideas he has about documenting your creative residencies, and then he’ll pass the mic to you to hear about your work and ideas, your residency plans, the collaborators you need and the expertise you can offer. There will be food! Come! Feast. Following the idea-exchange, Brad and his collaborators will perform his work cowbird for documentation, and you are welcome to stay. To attend, please register here. 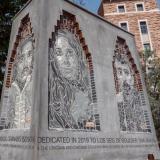 The University of Colorado Boulder will host “Los Seis de Boulder, Race, and Memory” virtual symposium, November 5-6, 2021. The closing session, “Lleva Nuestras Voces," will be an in-person event. The symposium will bring diverse voices into conversation, with sessions covering a variety of topics, from dramatic readings, podcasting, panel discussions, art, and music to academic scholarship, all focused on the Los Seis de Boulder and the Chicano Movement.

The goal of the symposium is to center the Los Seis de Boulder bombings of May 1974 and to continue to foster engaged dialogue on campus about the legacy of these events. Six students and activists affiliated with CU were killed in the bombings. Registration is free and open to the public. The symposium is co-sponsored by CU Boulder’s University Libraries, Center for Humanities & the Arts, Ethnic Studies Department, History Department, School of Education, Latino History Project, and UMAS y MECHA, with additional funding from the University of Colorado President’s Fund for the Humanities.

The Los Seis de Boulder sculpture on campus depicts the lives of six students who died after two car bombs exploded in the city of Boulder in 1974 during a three-week period in which students occupied Temporary Building No. 1 and demanded equity in education at CU Boulder.

Alumna artist Jasmine Baetz (MFA, Ceramics) conceived of the artwork in 2017 after learning about the deaths of students Una Jaakola, Reyes Martínez and Neva Romero, who died on May 27, 1974, after a car bomb exploded, and Francisco Dougherty, Heriberto Terán and Florencio Granado, who died on May 29, 1974, after a second car bomb exploded, also injuring Antonio Alcántar. 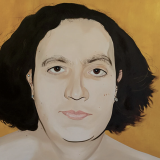 These Literary Memoirs Take a Different Tack
"Rather than prioritizing confession and catharsis, today’s authors are focusing on the question of who gets to share their version of things and interrogating the form, along with themselves."

Link to read the full article 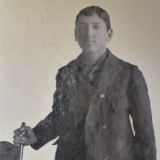 "Indigenous enslavement was widespread in Southern Colorado during the early- to mid-1800s."
The museum's director Eric Carpio spoke with KRCC’s Shanna Lewis.

"It's a history that not a lot of people are aware of. In this region and the San Luis Valley, as well as throughout other parts of southern Colorado and what was New Mexico Territory at the time, there was a practice of Indigenous peoples being held captive in people's homes across the area. This was a pretty regular occurrence, it wasn't unusual at the time. The largest number of individuals enslaved were the Diné or Navajo. But there's also a number of Ute individuals, Paiute and even captives from outside of the immediate region."

This project is a component of the Landlines Initiative developed by M12 Studio (Richard Saxton, founder / creative director)

Listen to the full interview on CPR 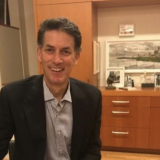 It is with the deepest sorrow we announce the recent passing of Art & Art History benefactor Kevin King.

Along with his mother Gretchen and wife Meridee Moore, Kevin supported one of the department's most beloved events, The King Awards. We send the entire King family our love and gratitude for years of support in many forms: for the enthusiastic conversations with students about their work, for the interest in the department as a whole, and for their dedication to supporting all of our students.