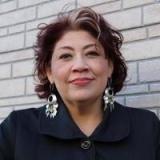 Kim TallBear is Associate Professor, Faculty of Native Studies, University of Alberta, and Canada Research Chair in Indigenous Peoples, Technoscience & Environment. She is building a research hub in Indigenous Science, Technology, and Society. TallBear is author of Native American DNA: Tribal Belonging and the False Promise of Genetic Science (University of Minnesota Press, 2013). Her Indigenous STS work recently turned to also address decolonial and Indigenous sexualities. She founded a University of Alberta arts-based research lab and co-produces the sexy storytelling show, Tipi Confessions, sparked by the popular Austin, Texas show, Bedpost Confessions. Building on lessons learned with geneticists about how race categories get settled, TallBear is working on a book that interrogates settler-colonial commitments to settlement in place, within disciplines, and within monogamous, state-sanctioned marriage. She is a citizen of the Sisseton-Wahpeton Oyate in South Dakota. She tweets @KimTallBear and @CriticalPoly. More information about Dr. Kim TallBear can be found on her website 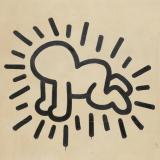 Tickets are free, but you must enroll here for the livestream.
This event will be livestreamed at the listed time on YouTube, but will be available to watch on-demand any time after it begins.

This talk is in conjunction with MCA Denver's current Keith Haring exhibition, and with the students of The Image Makers Grad Seminar, Art & Film in the AIDS era. 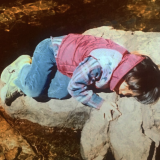 Jane Burke is the senior curatorial assistant for the department of textile art and fashion at the Denver Art Museum (DAM). In this role, Burke contributes to the research and development of curatorial projects, including exhibitions, publications, programming, acquisitions, and donor cultivation. Since arriving at DAM in 2013, Burke has worked on several textile and fashion exhibitions.

In honor of Asian Pacific month, celebrated in May, Artworks Center for Contemporary Art is exhibiting work from a wide cross-section of artists who identify as Asian/Pacific American and have a direct relationship to Colorado.

The intent of this group exhibition is to provide a platform for historically marginalized storytelling to destabilize myths surrounding the invisibility of Asians in the West. We aim to broadly contextualize the work within the largely overlooked legacy of Asian immigrants in Colorado, starting with Chinese Pioneers in the late 1800s, followed by subsequent waves caused by internment, political instability, and ultimately, the search for economic opportunity.

Considering the current socio-political climate, our goal is to collectively represent Asian Americans in Colorado in order to reframe the narrative surrounding their past and present contributions to the vitality and growth of the state. 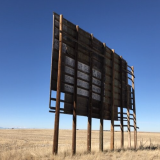 The Space(s) Between explores various understandings of how we experience the vastness of place and the iconic nature of the American West through contemporary art. This multi-site and multi-project exhibition is curated by DU Vicki Myhren Gallery Director Geoffrey Shamos and Independent Curator Donald Fodness (also, CU Boulder MFA graduate), in collaboration with GOCA Director Daisy McGowan for outdoor sites.

The Space(s) Between examines the notion of the horizon as a convention through which we orient ourselves in relation to the landscape. In traditional landscape representations the horizon functions both as a formal tool to arrange pictorial space on the two-dimensional plane as well as a device to depict the illusion of depth beyond that surface. It visually divides the heavens and the earth; but as one ventures into the landscape, this liminal division becomes a non-existent destination per contra our perception. Many artists in this exhibition nod to the tradition of the landscape while advancing their own path forward, returning to the genre with revitalized visions and methodologies.