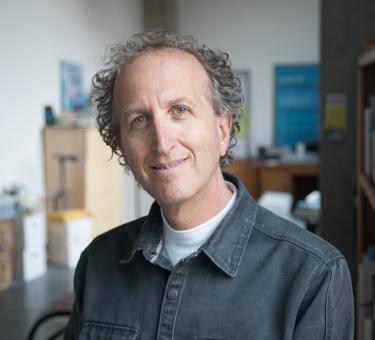 Mark Amerika has exhibited his artwork in many venues including the Whitney Biennial, the Walker Art Center, the Denver Art Museum, the Institute of Contemporary Arts in London, the Biennale de Montréal, and the American Museum of the Moving Image. His comprehensive mid-career retrospective took place at the National Museum of Contemporary Art in Athens, Greece. His feature-length film, Immobilité, is generally considered the first art film ever shot on a mobile phone. A cult novelist, media theorist, web publisher, and live audio/visual artist who has performed internationally, Amerika is the author of many books of fiction and nonfiction including META/DATA: A Digital Poetics (The MIT Press), remixthebook (University of Minnesota Press) and remixthecontext (Routledge). In 2017, Amerika was appointed a Professor of Distinction.​

The Intermedia Art, Writing and Performance (IAWP) unit is an interdisciplinary digital arts and humanities research unit with a practice-based PhD. Faculty investigate past and present forms of digital art, writing, and performance, offering graduate students an environment in which to practice and research emerging forms of creativity.

TECHNE is a practice-based research initiative in the digitally-expanded intermedia arts and writing founded in 2002 by Professor Mark Amerika at the University of Colorado at Boulder. The lab develops innovative research methodologies that lead to the invention of new forms of knowledge associated with intermedia art, writing, performance and scholarly research. Recent research outcomes include digital art and humanities projects distributed over the Internet, live audio/visual performances, transmedia narratives, hybridized print/electronic publications, interactive museum installations, experiments in the digital humanities, and mobile cinema and art applications for personal devices.