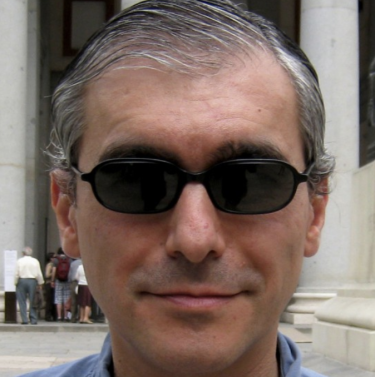 Luis Valdovino received a MFA from the University of Illinois in 1987. He is a Professor in the Art and Art History Department and has been in charge of the video area since 1993. Valdovino has received grants from the American Film Institute, the National Endowment for the Arts, Arts International/N.E.A., Illinois Arts Council, Colorado Council on the Arts, Helena Presents, and the Center for New Television, Chicago.

Valdovino’s videos have been presented at the 37th and 50th Robert Flaherty Film Seminar, The Kitchen, New York and broadcasted on “Independent Focus” at WNET, New York and Deep Dish Network, New York. He has curated the programs “La Voz Latina: Latina/o Video Art from the USA that have been screened throughout Latin America, Europe and the United States.

Since 1990 Valdovino has been working in collaboration with video artist Dan Boord, Professor in Film Studies at the University of Colorado. They have produced several award-winning video works.