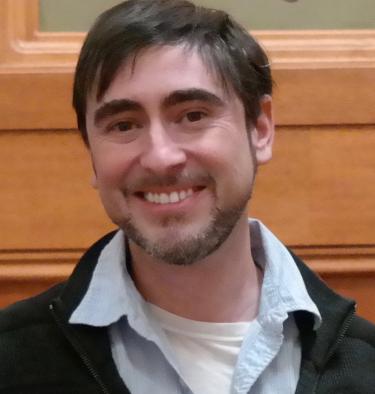 Professor Córdova received his Ph.D. from Tulane University and is Associate Professor of Art History. He teaches courses in Pre-Columbian and Colonial Latin American Art History as well as a graduate course in critical theories.

He is the author of The Art of Professing in Bourbon Mexico: Crowned-Nun Portraits in Reform in the Convent (University of Texas Press, 2014), which was awarded a Millard Meiss Publication Fund from the College Art Association and is part of the Andrew W. Mellon Latin American and Caribbean Arts and Culture Publication Initiative. His articles and reviews have appeared in The Art Bulletin, Word and Image: A Journal of Verbal and Visual Enquiry, Res: Anthropology and Aesthetics, Colonial Latin American Review, caa.reviews, and The New England Quarterly. He has also contributed scholarly essays to a number of edited volumes including Flower Worlds: Religion, Aesthetics, and Ideology in Mesoamerica and the American Southwest (University of Arizona Press, 2021), The Significance of Small Things: Essays in Honour of Diana Fane (Ediciones El Viso and the Americas Society, 2018), and At the Crossroads: The Arts of Spanish America and Early Global Trade, 1492-1850 (Denver Art Museum and Mayer Center, 2012). His work has been supported by the Fulbright Foundation and the Andrew W. Mellon Foundation.

Professor Córdova’s current research, Sacralizing War, examines how sacred objects were exchanged as diplomatic gifts between Indigenous and Spanish groups in the years leading up to the fall of Aztec Mexico. Additionally, it examines how conquest narratives were negotiated by artists and art patrons in select colonial Mexican religious artworks. Another project focuses on the role that Indigenous cosmology and Christianity had in floral imagery present in colonial Mexican images of the Virgin of Guadalupe.