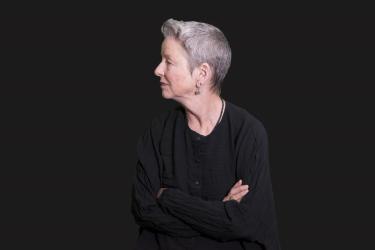 I worked at the University of Colorado Boulder from 1998-2013, serving as Chair of the department from 1998-2002 and founding Director of a residential academic program in the visual and performing arts from 2003-2011. I also served as Director of Women’s Studies at Washington State University in Pullman, Washington. With the M.F.A. in studio arts from the University of Oregon and a Ph.D. in the study of religion and art history from Harvard University, I am both an artist and writer. My creative work includes drawing and carving words in marble, while my writing addresses themes such as the cultural function of art, the role of the artist, and the relationship of creativity to the inner life.

Following tumultuous events in late 2013, I moved from Jamestown in the Rocky Mountain foothills to the small city of Longmont, where I renovated an old 1952 garage as a studio behind the house. From early 2015 into 2016, I worked on a new drawing series on the theme of “path,” part of my Marking Time series. During the winter of 2016, I conducted the first of several retreats in this studio. Recently I began another series titled Dharma Art and images from this series appear on my website, alongside reflections and images about creating contemplative space. My seventh book, Beginning Again: Reflections on Art as Spiritual Practice, was published in late 2018.

Life, of course, has many dimensions. Besides working as a professor, writer, and artist, my inner life has developed in ways I could not have imagined as a young adult. Though raised in a secular family, I have been interested in religion since childhood. Besides formal academic study of religious traditions, I began studying yoga in 1971; became a serious practitioner in the mid-70s; and a certified Iyengar-style teacher in the early 1980s. I learned zazen meditation at the Lindisfarne Association in 1975 in Southampton, New York; and later participated in classes and short retreats with Vipassana Buddhist teachers. In 2005 I met the Venerable Dzigar Kongtrul Rinpoche and began practicing meditation within the Longchen Nyingtik lineage. Following the deaths of six people in my life in 2005-06, I undertook hospice training and worked as a patient volunteer in homes and facilities for the dying. Even while carrying a profound sense of the preciousness of human life and the inevitability of death, a sense of belonging within my family and community sustains and anchors me. Everything is interconnected.