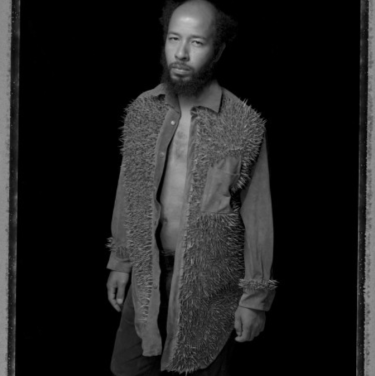 Albert Chong is a contemporary artist working in the mediums of photography, installation and sculpture. His works have dealt directly with personal mysticism, spirituality, race and identity and numerous other topics as well as celebrating the beauty of images and objects. His main bodies of photographic work have been in the genres of still life in black and white and color. These works range from playful juxtapositions and formal still life to works that represent and reanimate Chong’s family history.

Albert Chong was born in Kingston, Jamaica, W. I. in 1958. He is the last of eight children of merchant Chinese Jamaica parents. Chong immigrated to the USA in 1977 at the age of 19 years. He lived in Brooklyn and attended the School of Visual Arts in New York City where he received a BFA with Honors in 1981. Chong became active in the New York art scene up until 1988 when he left to go to Graduate School at the University of California in San Diego. He received his MFA from UCSD in 1991 and in the same year accepted a faculty appointment at the University of Colorado at Boulder. Chong has also taught at the School of Visual Arts in New York City from 1982 – 88. Mira Costa College in Oceanside California from 1989-91 and Rhode Island School of Design in Providence from 1996 –97

Chong has received various prestigious awards for his work in the visual arts. These include a 1992 Individual artist Fellowship from the national Endowment for the Arts. In 1998 he was awarded the prestigious Guggenheim Fellowship in the field of photography and in the same year the Pollock Krasner Grant. Chong has also been commissioned by Absolut Vodka to add his work to the ongoing series in the work titled Absolut Chong.