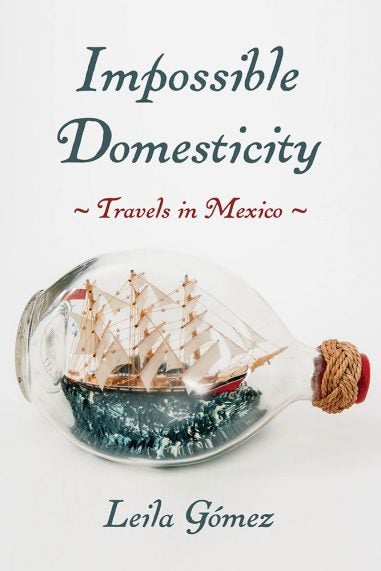 About the author:  Leila Gómez is an Associate Professor of Women and Gender Studies, and director of the Latin American Studies Center at the University of Colorado Boulder.

Book description:  Travelers from Europe, North, and South America often perceive Mexico as a mythical place onto which they project their own cultures’ desires, fears, and anxieties. Gómez argues that Mexico’s role in these narratives was not passive and that the environment, peoples, ruins, political revolutions, and economy of Mexico were fundamental to the configuration of modern Western art and science. This project studies the images of Mexico and the ways they were contested by travelers of different national origins and trained in varied disciplines from the nineteenth to the twenty-first century. It starts with Alexander von Humboldt, the German naturalist whose fame sprang from his trip to Mexico and Latin America, and ends with Roberto Bolaño, the Chilean novelist whose work defines Mexico as an “oasis of horror.” In between, there are archaeologists, photographers, war correspondents, educators, writers, and artists for whom the trip to Mexico represented a rite of passage, a turning point in their intellectual biographies, their scientific disciplines, and their artistic practices.