The Department of Women and Gender Studies is proud to offer several scholarships and award recognitions to our students each year, which were presented at our annual Commencement ceremony in Old Main on Friday, May 12th. The event's emcee, Dr. Emmanuel David, remarked "as a longtime member of the awards committee, I can say that our pool of applicants is always fierce and inspiring. This year was no different, a testament to the excellence of today’s recipients who rose to the top." Dr. David was assisted in presenting the awards by Dr. Alison Jaggar, Professor of Distinction in Women and Gender Studies and Philosophy, and Dr. Robert Wyrod, Assistant Professor in Women and Gender Studies and International Affairs. 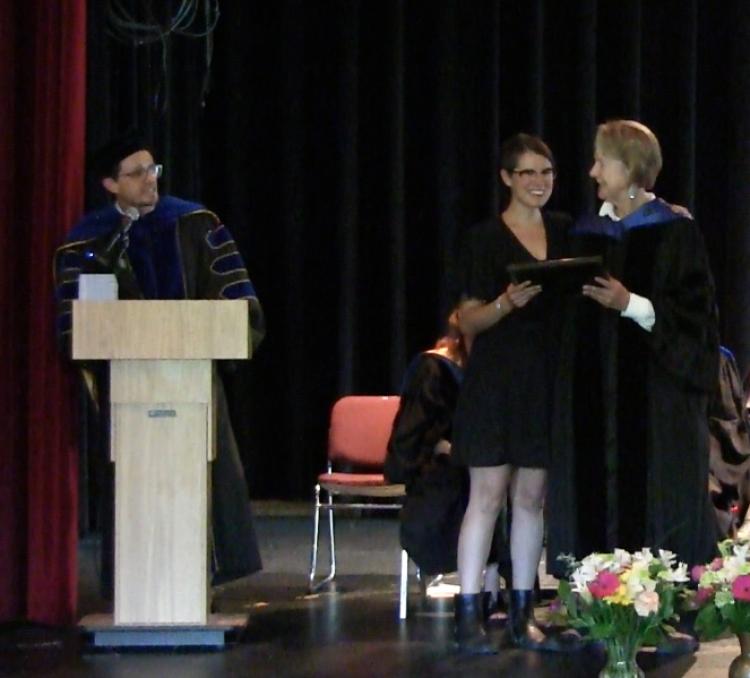 Jacqueline Tillman is presented with the
Lucile Berkeley Buchanan Scholarship

Named in honor of the first black female graduate of the University of Colorado, this scholarship is awarded to a student who demonstrates a commitment to social justice and who may be the first generation in their family to attend college.

This year's award was given to a student whose work embodies the spirit of the Lucile Berkeley Buchanan award, Women and Gender Studies major Jacqueline Tillman. The committee was greatly impressed by Jacqueline’s deep and unwavering commitment to feminist movements that are intersectional from the bottom up. In particular, Jacqueline’s advocacy has brought much needed attention to the issue of sexual assault in society. In her extensive volunteer work at numerous community organizations, she has supported rape survivors, answered calls at 24-hour rape-crisis hotlines, and advocated for Spanish speakers and the need for bilingual volunteer-operated hotlines. 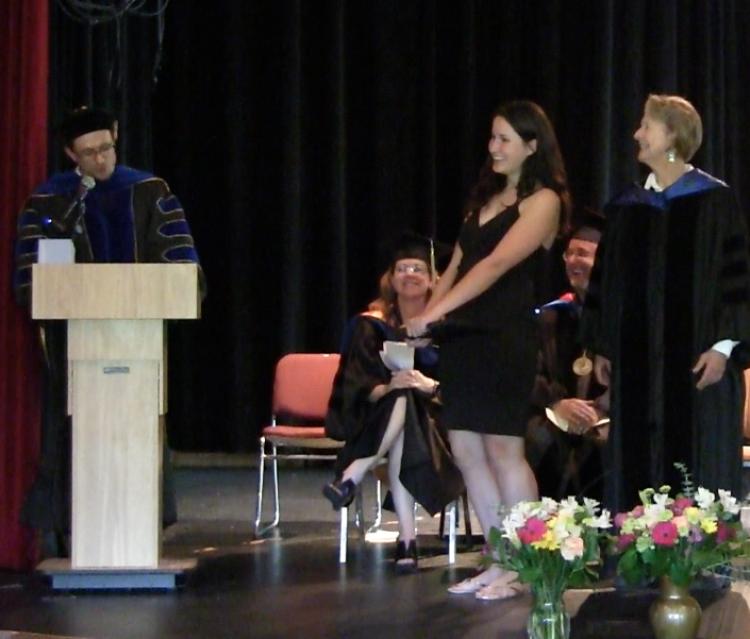 This scholarship is given in honor of Jean Dubofsky, the first woman to serve on the Colorado Supreme Court and a Boulder attorney who has worked tirelessly on civil rights issues. It was generously funded by the late Dr. Joanne E. Arnold, professor emerita in Journalism. Jean was unable to join us for Commencement this year, but we very much appreciate her long-standing involvement and support of our department. This award is given to a Women and Gender studies major and is based on academic record, education and career goals, community and campus service, and a demonstrated commitment to raising awareness of the intersection of gender, race, ethnicity, religion, sexuality, class and nationality.

This year, the award goes to Oriana Richmond. Oriana is a passionate advocate of access to reproductive healthcare, and is currently majoring in Women and Gender Studies and minoring in both Sociology and Spanish. Locally, she helped found the student group called Buffs for Reproductive Justice, an organization dedicated to providing students with an inclusive, intersectional, and pro-choice environment in which to cultivate activism and community. Recently she flew to Washington with Planned Parenthood of the Rocky Mountains to participate in national level advocacy for these urgent issues of reproductive justice. 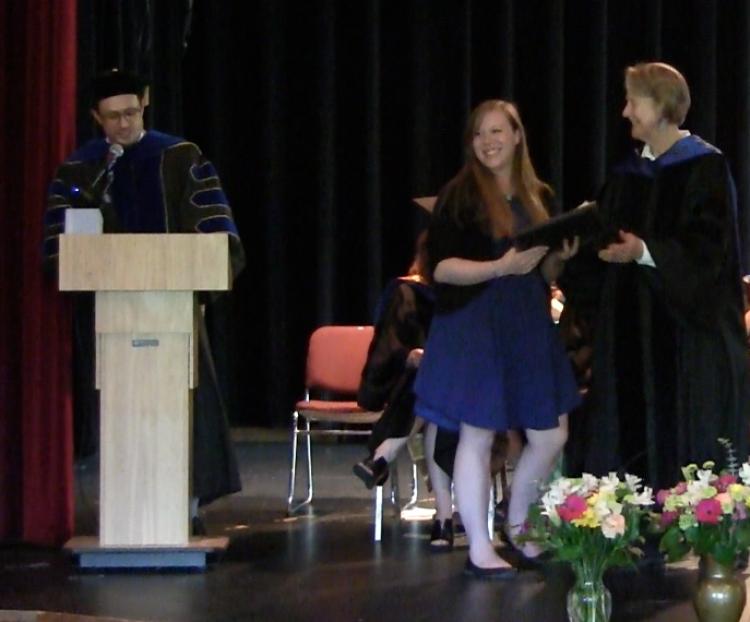 We were excited to introduce a new scholarship offering this year, the Andermarch Cicogna Scholarship, established just this year by Italian department faculty members Giorgio Corda and Valerio Ferme. Together they established this new award to acknowledge the important role that their mothers, Renata Andermarch and Patricia Cicogna, played in their lives. In the spirit of compassion, understanding, social justice, and academic pursuit, the scholarship will be awarded annually to support a student in the Italian or Women and Gender Studies departments at CU Boulder.

The first student to be awarded this scholarship is Women and Gender Studies major, Katie Wallace. Katie’s work in gender and politics demonstrates the true power of civic engagement and academic inquiry. She has worked as a legislative aide in the Colorado state House of Representatives and was involved in the drafting of several bills that exemplify feminist values. She has volunteered at MESA (Moving to End Sexual Assault) and at the Safe House Progressive Alliance for Nonviolence. In her application materials, Katie wrote, “Women’s studies by its very existence is social change; and progressive social change necessitates the equity and criticality prompted and promoted through women’s studies. There is no degree better suited to this work and I am honored to participate in this department.” 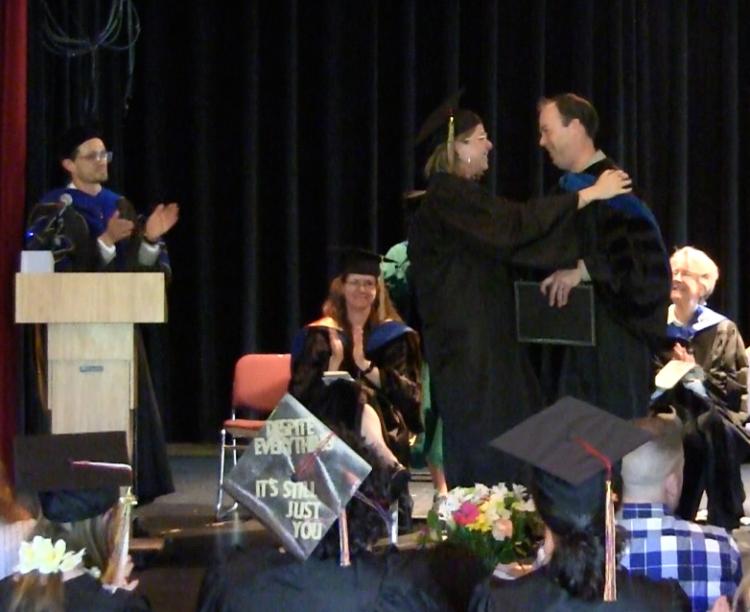 The Joanne Easley Arnold Outstanding Senior Award, is named in honor of a professor emerita of CU’s School of Journalism and Mass Communication, for her long-term support of our program. This very special award is given to a graduating Women and Gender Studies student for outstanding leadership and service to Women and Gender Studies specifically. It is to be awarded to someone that the faculty and staff have admired for their commitment to the program, and for whom there may not yet have been any formal recognition through one of our scholarships or award nominations.

This year the Outstanding Senior Award goes to Savannah Ducharm, who goes above and beyond in everything she sets out to do. She is a scholar, an artist, and an activist, and she has used all of those characteristics and talents in her contributions to the Women and Gender Studies Department and beyond. Professors who have had in her in class note that she is the ideal student. She comes to class prepared and engaged, raising important and challenging questions about course material.  Through her active membership in the Gender Justice League and her work at both the Dennis Small Cultural Center and the Women's Resource Center, she has taken a leading role in planning numerous intersectional feminist and social justice oriented events on this campus. She has inspired many of our students, our staff, and our faculty. 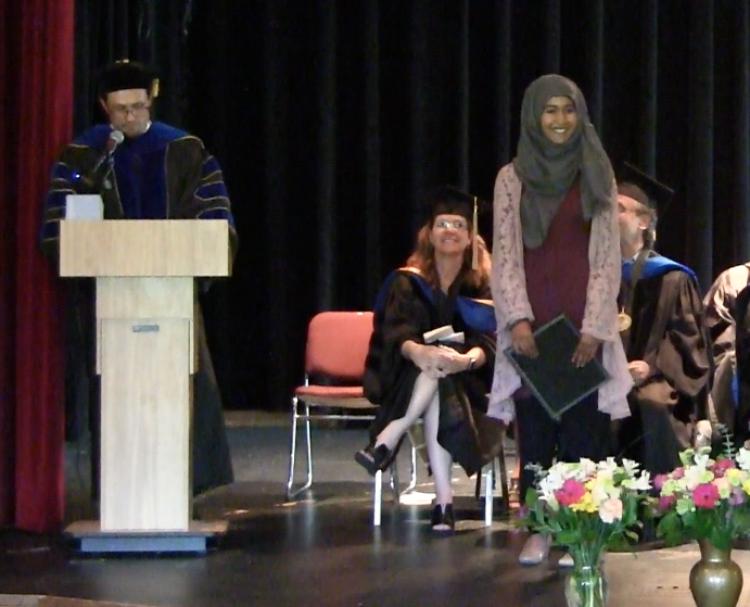 This award recognizes outstanding student projects that explore issues pertaining to diversity and inclusion, and is designed to help foster an inclusive and welcoming campus climate at CU-Boulder for students of all backgrounds, including first generation students, minority students, women, LGBTQ, and other historically underrepresented groups in the field of education.

Heraa Hashmi was given the Excellence in Inclusion Award for her video project, “Building the (difficult) Bridges.”  Heraa is a student in molecular biology and has served as the president of the Muslim Student Association. In her video, she talks about her identity as a Muslim American, woman, immigrant, and student. She describes the pressure she often feels to represent the entire Muslim community.  After an experience in the classroom where a fellow student asked her “why Muslims are so violent,” she created an online resource of 5600 cited instances of Muslims condemning violence.  This went viral and became the website MuslimsCondemn.com, an ongoing initiative to fight Islamophobia. These projects and Heraa’s continuing efforts to engage her fellow students in difficult conversations are making an important difference in our campus community, and beyond.

The second Excellence in Inclusion Award winner is Toluwanimi Obiwole.  Toluwanimi is an Ethnic Studies major, and in 2015 was named the inaugural Denver Youth Poet Laureate. She received this award for her poetry collection, “On Those Who Shapeshift to Survive.” Her poetry speaks to her own struggle trying to "blend in" to American culture while still maintaining her African cultural identity. With these poems, she hopes to speak to the many other students who struggle with these issues and to reach out to those who have never considered them.

Their winning projects can be viewed at: www.colorado.edu/wgst/excellence-inclusion-2017

Congratulations to the Class of 2017! 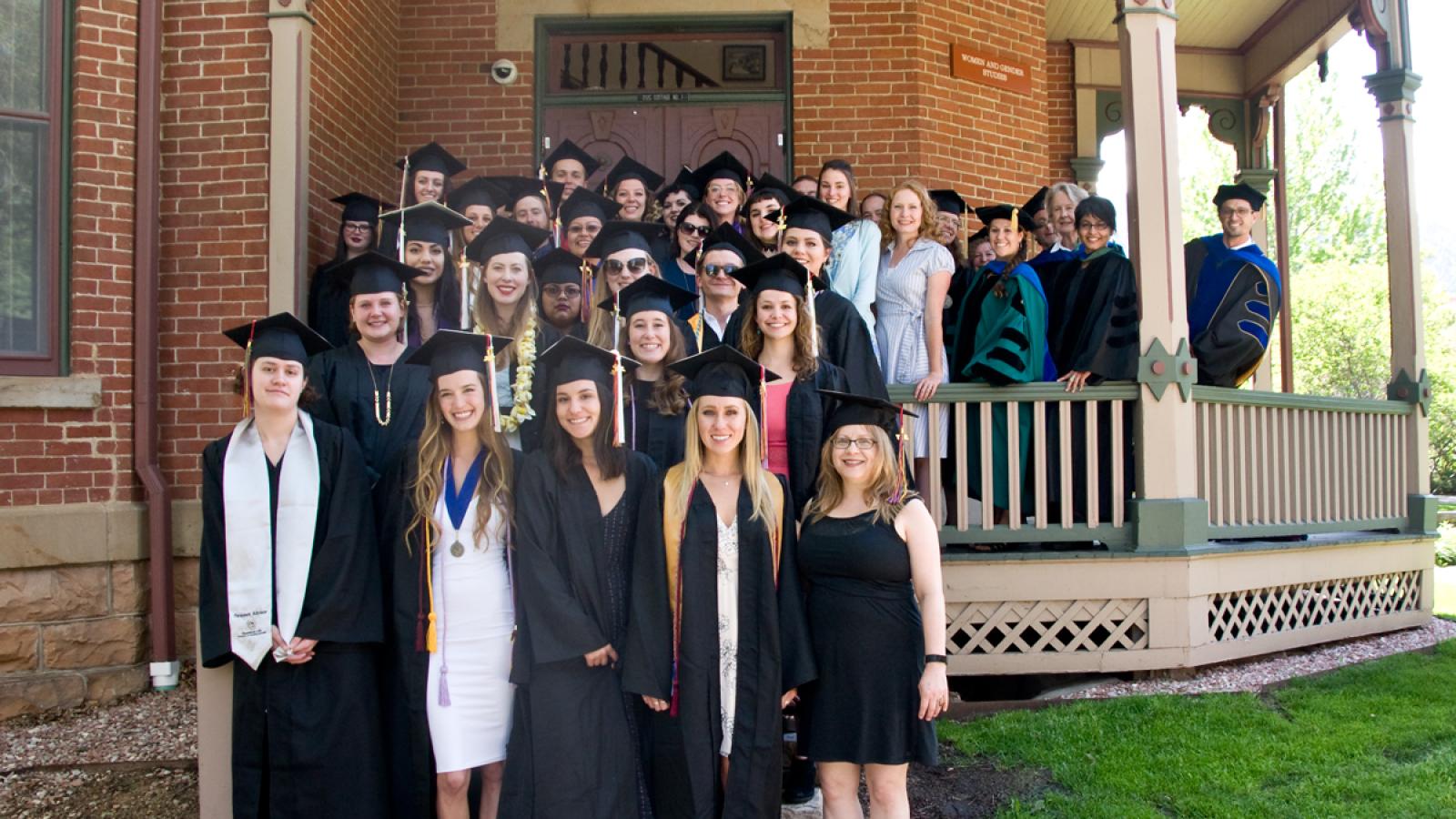 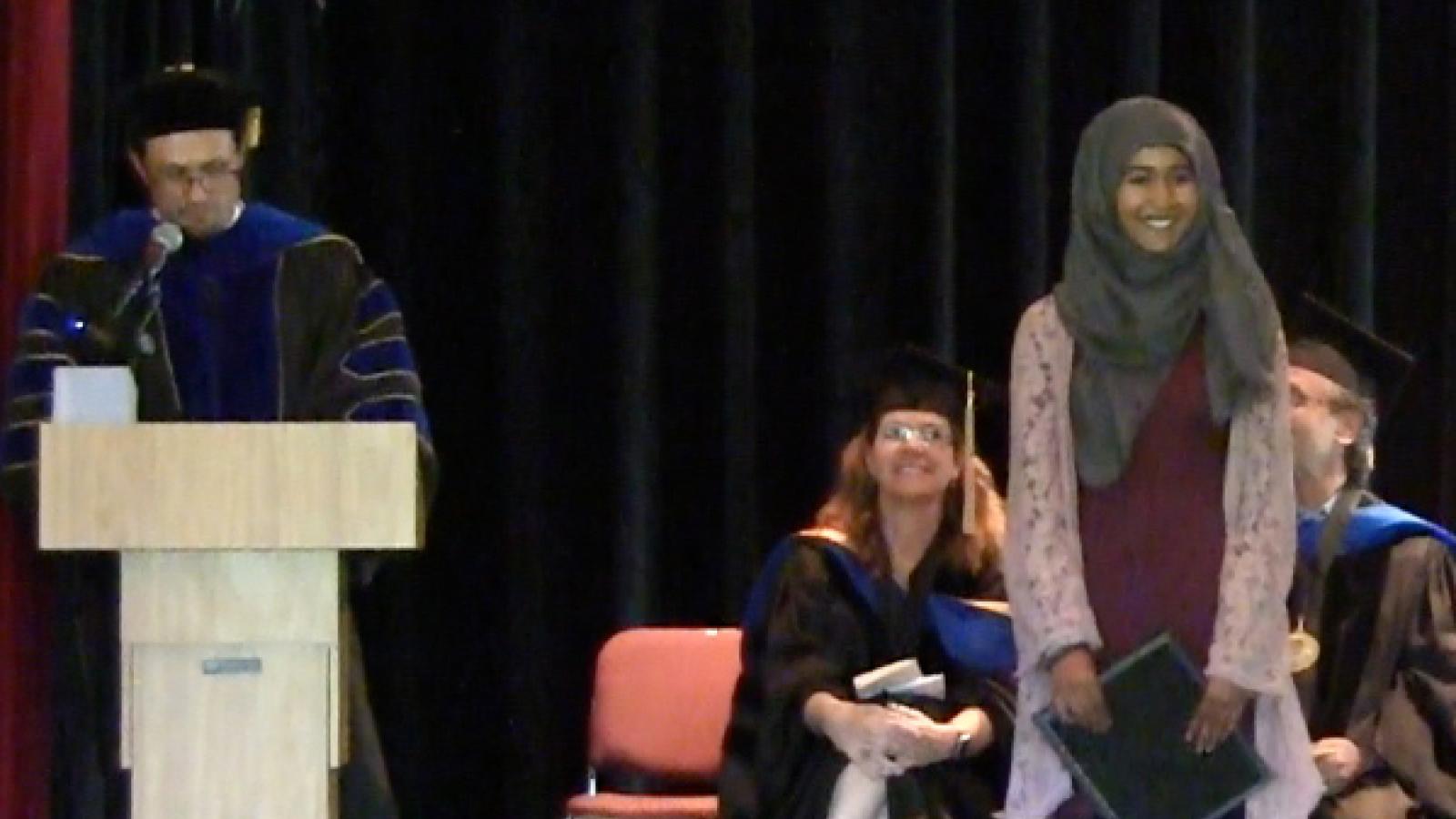 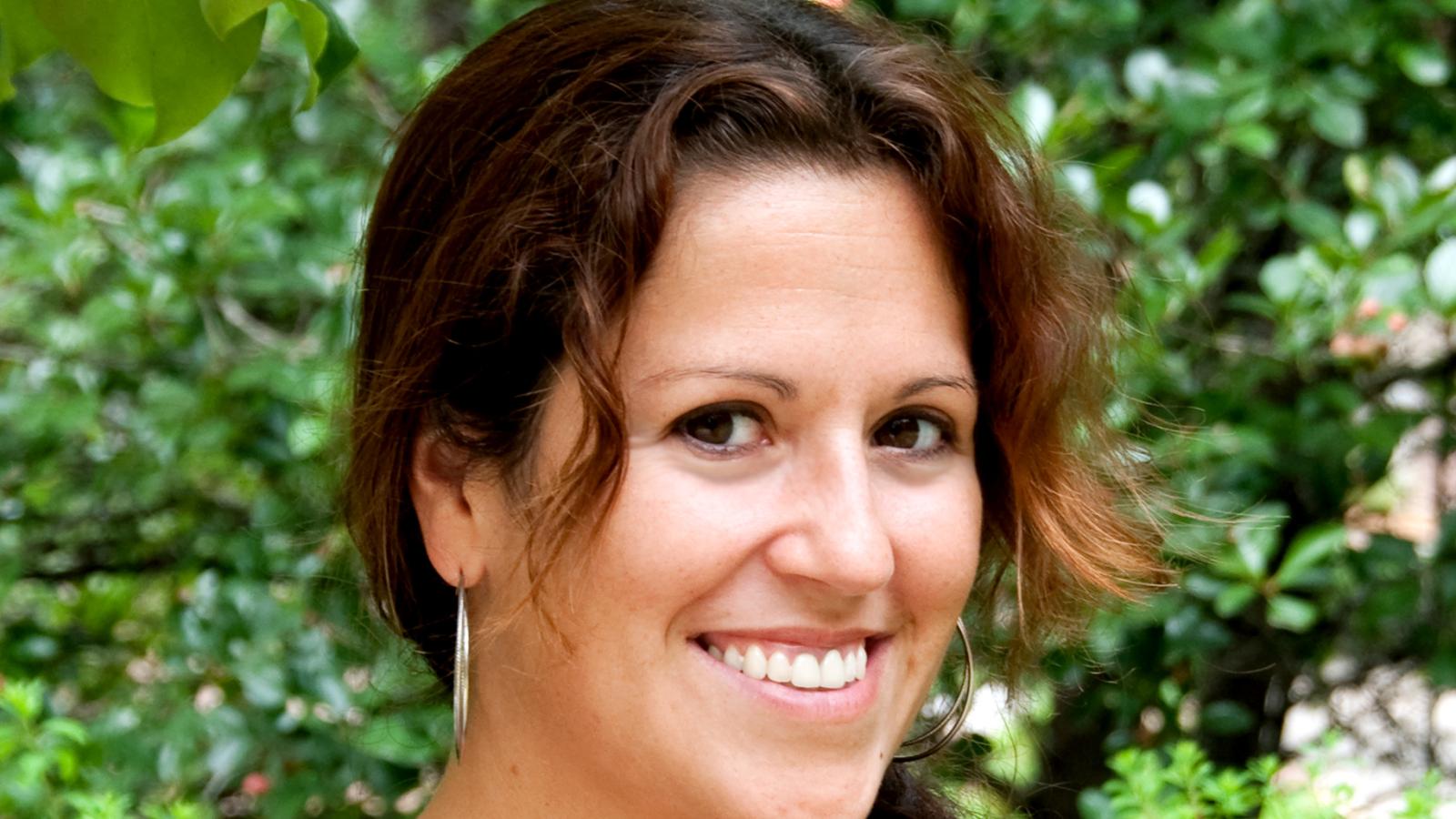