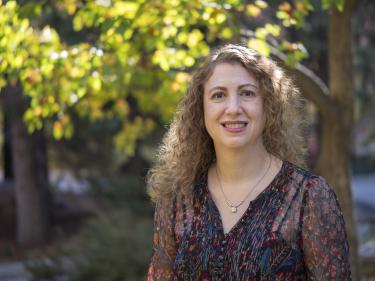 Rachel Rinaldo (PhD University of Chicago, 2007) is a cultural sociologist interested in gender, globalization, social change, and religion, with a special focus on the developing world and Muslim societies. She has conducted fieldwork in Indonesia since 2002. Her first book, Mobilizing Piety: Islam and Feminism in Indonesia (Oxford 2013) is an ethnographic study of Muslim and secular women activists in the country with the world's largest Muslim population. She has published her work in journals such as Gender & Society, Qualitative Sociology, and Social Forces. She recently guest edited special issues of Gender & Society and Qualitative Sociology. Her current research projects include a study of marriage and divorce in urbanizing Java, as well as a study of how global and transnational processes are influencing the emergence of contemporary art in Southeast Asia.