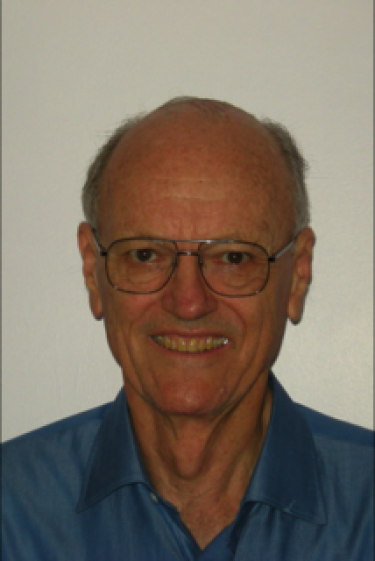 Peter Polson is Professor Emeritus of Psychology and a Faculty Fellow of the Institute of Cognitive Science at University of Colorado Boulder, where he has been a faculty member since 1970. He received his Ph.D. from the University of Indiana in 1967 and the BS in Industrial Engineering and AB in Psychology from Stanford University in 1961.

The acquisition and transfer of complex cognitive skills has been the main focus of Polson's research interests over his whole academic career. For the last 25 years, he his research has focused on the learning and transfer of skills required to use computer-based systems. PolsonÕs current research is on how information contained in displays supports skilled performance and guides learning by exploration using desktop applications, the World Wide Web, and in cockpits of modern commercial airliners.

In the late 1980's, Polson and his collaborators showed that models based on a simple rule-based system make good quantitative predictions of training time, transfer, and expert performance for a number of standard human-computer interaction tasks.

Later, Polson with colleagues at the University of Colorado developed a methodology, the Cognitive Walkthrough, for performing theory-based evaluations of ease of learning for user interface designs early in the design cycle. The Cognitive Walkthrough is an adaptation of the design walkthrough techniques that have been used for many years in the software engineering community.

In collaboration with Dr. Muneo Kitajima of the National Institute of Bioscience and Human-Technology in Tsukuba, Japan, he has developed a computational model of skilled use of an application with a graphical user interface that explains errors made by experienced users. He has also applied this model to the evaluation of experimental displays for the autoflight systems of modern commercial airliners. The model developed by Kitajima and Polson has also been generalized to describe how people browse for information on the World Wide Web in collaboration with Dr. Marilyn Blackmon of the University of Colorado. They have gone on to develop and successfully evaluate a partially automated version of Cognitive Walkthrough based on the Blackmon-Kitajima-Polson browsing model.

Polson started his aviation-related research in 1989 in collaboration with Dr. Sharon Irving and Capt. Jim Irving, then a pilot for United Airlines. The project developed an innovative training program based on modern theoretical models of complex skill acquisition for basic programming skills for Flight Management Computers (FMC). During the academic year 1994-95, Polson was a National Research Council Senior Research Associate in the Flight Management and Human Factors Division, NASA Ames Research Laboratory, Moffett Field, CA. His last NASA supported research is on the analysis and development of training programs for Flight Management Systems found in modern commercial aircraft. After he retired, Polson consulted with Boeing Commercial Airplane Company on the development of the pilot training program for the Boeing 787.

Polson has been a member of the Association for Computing Machinery's (ACM) Special Interest Group in Computer-Human Interaction (SIGCHI), the American Psychological Association, and the American Psychological Society. He served on the SIGCHI Executive Committee from 1989 to 1993 as Publications Chair (89-93) and Co-Chair (91-93). He served as Chair of the Technical Papers Committee for CHI'91, and he was Co-Chair of the Technical Program Committee for CHI'95. He was a member of the editorial boards of ACM Transactions on Computer Human Interaction and Human Computer Interaction.