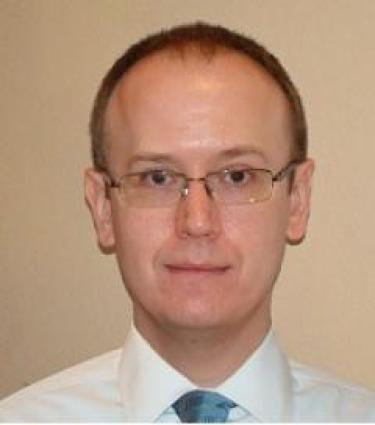 “I think college is an opportunity for people to become broad-minded citizens; students should get an exposure to all kinds of ways of thinking and disciplines and learn how they fit together. I think it’s very important to have a sense of perspective of our world of knowledge,” Professor Strayhorn says.

After growing up in Arlington, Texas, Strayhorn felt it was natural to pursue his Ph.D. upon earning his bachelor's. “The biggest thing that helped me succeed was having good advisors tell me what I was doing wrong. I’d say it was a combination of that as well as having peers who I could talk about things with. I think it’s important to have an environment among grad students where they can support each other and spitball stuff. All those things combined, it’s hard to do these things alone, so it’s nice to lean on people and get advice and support where you can.”

After graduating from Emory University in 2013, he came straight to CU Boulder. “It’s very lucky it worked out to be such a nice place. Usually in academia you don’t have a lot of control where you’re placed on the job market. I was very fortunate.”

When asked about upcoming research projects, Professor Strayhorn said: “The one I’m most excited to work on is looking at sentiment analysis: a method of finding emotion or positivity or negativity in a text using automated text methods.”

“There’s been a lot of text analysis on the Supreme Court.  The problem it’s run into though is that a Supreme Court opinion is a very complicated document that serves a lot of purposes. It’s not like a speech where it’s making one argument and has a tone to it; it has a lot of things that are jumbled together sort of Frankenstein-style,” Strayhorn says. “Our goal is to pick the text apart to see what different sections of the document are doing…and then using the sentiment on top of that to see if the court behaves more positive or negative towards certain actors.”

“I’m hoping to look at how the court’s language addressed towards Congress varies every time. We can see if the relationship with congress is good or bad if the language is more positive or negative...Another relationship we look at is patterns between the majority and dissenters when they talk to each other and if their addresses change over time. To me, the theoretically interesting thing is the way the court deals with certain kinds of audiences. We want to particularly focus on Congress or the President and how [those interactions] change overtime or how the degree of divergence between the institutions has changed,” he says.

As for the advice Professor Strayhorn has for his students, he gives key tips. “Especially for undergrads, take advantage of opportunities outside the classroom whether it’s internships, CU in DC, or other experiences that can help you get new exposure. It’s very easy to show up, get your grades, and go home. You have to be the one to take the initiative, but once you get your foot in the door, faculty want to be there to give you those experiences. It’s a matter of taking the first steps.”

“For grad students, support each other and listen to advice you get. If you’re getting consistent criticism from faculty you need to take that seriously. Try to grow as a person and go through your time thinking what you do and don’t do well. It’s about learning how to navigate complicated environments and gaining life experiences to help you be a better person at what you’re doing.”

“I’m gratified to have been chosen for [the faculty mentor award]. I’m happy that they think I’m doing a good job. I try to be positive and supportive, even when I give criticism. I think you need that environment where you have someone to tell you when you’re doing something wrong, but you trust that’s meant well. We’re trying to guide you to a better outcome--we aren’t just being mean. Having that environment of trust and mutual respect is important.”

Professor Strayhorn was awarded the 2018 Faculty Mentorship Award by the department’s graduate students. The department thanks him for his contribution and feels lucky to have his support at our university.