Professor Steinmo recently returned to the University of Colorado after working in Florence, Italy since 2007.  We asked him how this international experience influenced him as a teacher and a scholar.  “I have been lucky to have lived in several countries over my lifetime,” Steinmo told us. “I honestly believe that every one of those experiences, whether in Japan, Norway, Sweden, Britain, or Italy, has helped me better understand other societies, and also my own country, the United States.  In many ways it was living abroad that made me want to study politics in the first place.” 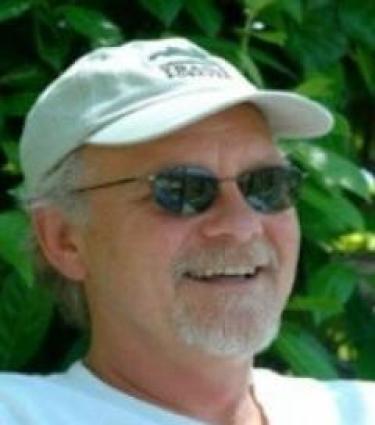 After receiving his undergrad degree at University of California Santa Cruz in 1976, Steinmo moved to Norway to work as a carpenter on an oil platform in the North Sea. While working offshore, he kept hearing complaints from company execs and managers that it was much harder to work in Norwegian waters than in Britain.  “I began to wonder why.”

His curiosity about the politics of North Sea oil led him to apply to graduate programs in the US.  He was offered a position in the PhD program at the University of California-Berkeley with a scholarship grant which he describes as “a one-year contract at Berkeley” to study the political economy of North Sea oil.  At the end of that year, he was invited to apply to the PhD program.

While working on his PhD, he saw a position advertised at the University of Colorado and he jumped on the chance to move to Colorado.  “I wasn’t even close to finishing my doctorate at that time. But my wife and I always wanted to live in this amazing state,” he said.  “I never regretted it. Despite the fact that I’ve lived in lot of different places since then.  Colorado has always been, Home.”

“Back in the late 1990s it was widely argued that globalization was supposed to create a “race to the bottom” he explained, “but if you looked at what was actually going on in different countries, you quickly saw that the so called ‘race’ was simply not happening.”

He decided to investigate why and learned that globalization was causing pressures and change, but it had different implications and consequences for different countries. “The argument that globalization will cause the same outcome in every country is absurd. But that was the argument I and other scholars were making at the time.” Instead of seeing countries and their systems as inanimate objects that responded to pressures as in physics, Steinmo came to see political and economic systems in evolutionary terms. “Politics is not like Newtonian physics,” he argues. “Choices made today shape the choices that are available tomorrow. Political and economic systems are dynamic - and in my view, they evolve.”

While in Europe, he grew increasingly interested in the relationship between political institutions and political cultures over time.  This led him to delve into experimental research and what is sometimes called ‘behavioral economics.’  “Through the experiments we conducted across Europe and the US, I came to better understand how our institutions shape and structure not only the choices citizens face, but also their beliefs and expectations about their governments and politics generally,” he said.  His most recent book The Leap of Faith, (Oxford University Press, 2018) elaborates this argument and explores why people in some countries are more trusting and supportive of their government than people in other countries.

While Italy was fabulous, Colorado was too great of a place for Steinmo to stay away permanently. “I came back because I just love this area. The mountains, climate, and ease of living make Colorado an amazing place and it is a privilege to live here.”

Now that he is back at CU, he is focusing his research and energies on the next generation.

“I am writing a book now called The Greediest Generation: Why the Boomers are Screwing Themselves, Their Children, and The Planet.”“I started studying tax and social welfare policy and I realized that my generation is squeezing the welfare state so that we get all the benefits and the younger generations pay the taxes. I wanted to know why.”

The book argues that redistribution today is less about economic class and more a conflict between the generations.  “Simply put, young people are paying more in than they will ever receive back… even while their parents and grandparents are cutting their taxes and increasing their social benefits. It’s just not fair.” He argues.  “I want young people to be as angry as I am about how my generation is pulling the rug out from underneath their own children.”

Currently Steinmo’s favorite class to teach is PSCI 4173: Alternative World Futures.  The course explores how technology is shaping the world today and how Artificial Intelligence, Big Data, and Genetic Engineering are determining the future.

“I wanted to teach students about the job market that they are about to enter which is completely different from the job market I entered,” he said, observing that the United States and world are undergoing a new Industrial Revolution.

“Be open minded, don’t just take classes in your major.  Learn about coding, computers and Artificial Intelligence as well. These things will likely affect your world more than political science theories.”