Dr. Sarah Wilson Sokhey’s life in academia is a tale of two worlds. Not only has she been a part of the CU Boulder faculty since 2009, she is affiliated with the National Research University Higher School of Economics in Moscow, Russia.

“I have been going to Russia nearly every year since 2002” she said. “A lot of my research is done in Russian about Russia.”

Without hesitation, her favorite part of Russia is “easily Moscow. I love all of Russia, but Moscow is definitely my favorite.” 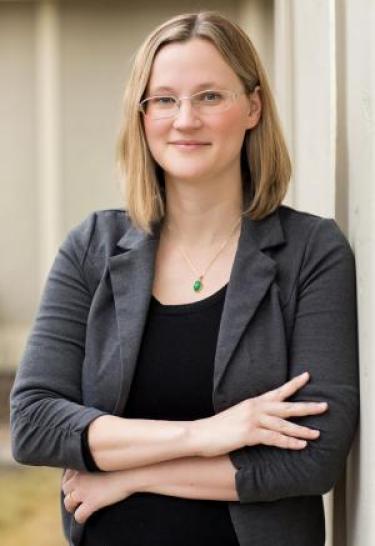 “My family wasn’t very political, and even they were talking about the fall of the Soviet Union” she quipped, “and that really left an impression.”

While Russia is a big focus of her research, she also spends a lot of time studying the post-communist countries of Eastern Europe and Central Asia.

She just published a book titled The Political Economy of Pension Policy Reversal in Post-Communist Countries, “a title so good”, she joked, “that it requires an acronym - PEPPER-Comm!”.

“The book is about pensions,” she said. “Russia was among about 30 countries around the world that adopted social security and pension reform, and then after the financial crisis, a third of them got rid of it.”

The goal was to understand “why you would adopt this fundamental reform to restructure social security and then a decade or so later scrap it?”

The book hits at a large part of Dr. Sokhey’s research which focuses on “how politics and economics are connected to each other,” she explained. “A lot of the social problems that exist in the world can be explained by the economy” she said, “if you don’t have a functioning state and a functioning state economy, then things go badly.” She argues that “if you can figure out how to reform the economy in the best way, then you can solve a lot of those social problems.”

Not only is Dr. Sokhey an active researcher on campus and around the world, she is also an active professor. “My favorite classes to teach are PSCI 3022: Russian Politics and PSCI 4062: East European Politics.”

“I really love teaching about Russia and Eastern Europe because there are so many misconceptions, and these countries, especially Russia, are worth getting to know.”

Dr. Sokhey loves teaching and loves being able to interact with students and discuss what she is reading, writing, and researching. “I always liked reading and writing. Academia gives me the opportunity to do both of those things and then talk about it.”

Her favorite part, though, of being a professor at CU is being a mentor and advisor to students. “Working with students on their own research, hearing their ideas and watching them explore and answer their own questions is such a rewarding experience.”

“It is so important to reach out and get to know your professors and faculty,” she said. “Approach them about your ideas for research, apply for UROP.” Even if academia isn’t the goal, “faculty can be a great resource to learn about other opportunities.”