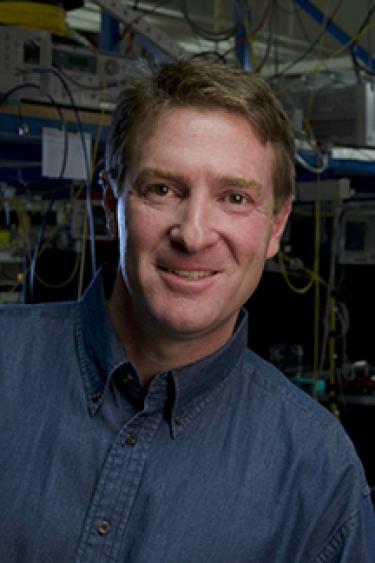 My main area of research relates to the development of laser and parametric optical frequency combs and their application to optical atomic clocks, tests of fundamental physics, trace gas sensing, astronomical spectroscopy, and ultralow noise frequency synthesis. A particular emphasis is understanding and pushing the technical and fundamental measurement limits of these systems. Additionally, I am interested in the physics and technology of ultrafast lasers, including the generation of ultrashort optical pulses in the mid- and near-infrared using various solid-state laser systems and nonlinear optical techniques. More recent work has focused on exploiting the high-quality factor of whispering gallery microresonators for nonlinear optics, including the development of chip-scale frequency combs.

I am a staff member of the National Institute of Standards and Technology (NIST) and my labs are located on the NIST campus in Boulder. Much of my research is carried out in collaboration with colleagues at NIST, CU Physics, and JILA, as well as with scientists at universities and research institutes around the world.

A complete list of publications can be found here.