Coyotes, Wolves and Why Their Return Matters

Coyotes, Wolves and Why Their Return Matters

During the late 19th and early 20th centuries, carnivores such as grizzly bears, wolves and mountain lions were driven to local extinction throughout much of the American West. Losing these apex predators dramatically impacted the ecological integrity of ecosystems and also the cultural heritage of Indigenous peoples who previously coexisted with those species. In this CU on the Weekend talk, Professor Joanna Lambert will discuss the concerted effort to remove predators and what this has meant for the ecology of our landscapes. She will describe her research with coyotes and wolves and discuss the very different ways that these two iconic species of the West are making a comeback, including through the recently approved ballot measure to reintroduce wolves to Colorado. Lambert also will explain how biodiversity contributes to the quality of human life and how we can coexist with carnivores and other species. 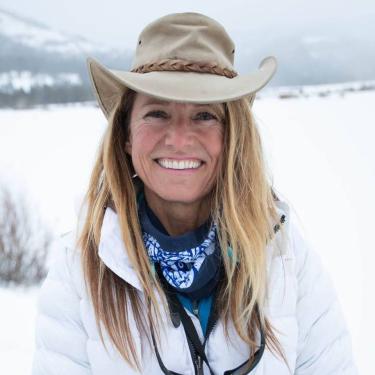 Joanna Lambert is a professor in the CU Boulder Environmental Studies Program, core faculty in the Center for Microbial Exploration and affiliate faculty in the Department of Ecology and Evolutionary Biology. Lambert also serves as advisor to the United Nations Environmental Program and the International Union for the Conservation of Nature. Lambert was voted Oregon’s Emerald Professor of the Year, held a Vilas Professorship Award at the University of Wisconsin-Madison, and is an elected Fellow of both the American Association for the Advancement of Science and the Linnean Society of London. She has published hundreds of scientific articles and several books and has spent the last 30 years of her career investigating mammal ecology in remote landscapes around the world, including Africa, Asia, Central and South America. Most recently, she has been researching canid biology in Yellowstone National Park and Colorado. She spends as much time as she can in wild places, striving for optimism in a challenging world. In her extra time, she rides horses, plays with her two dogs, or gets lost in the mountains — sometimes all at the same time. For more information, visit Lambert’s website.

CU on the Weekend Lectures Spring 2021