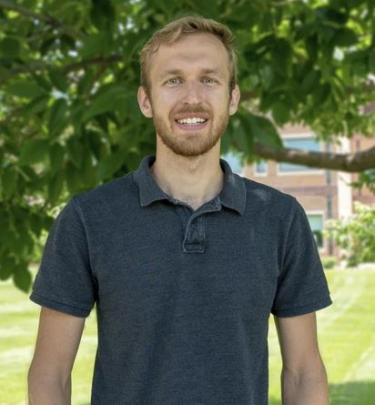 Tom Chaney of the Toney Group and Keenan Wyatt were selected by the National Science Foundation for the Graduate Research Fellowship Program, which provides significant financial support for graduate students engaged in STEM research.

“A NSF graduate fellowship is one of the most prestigious fellowships that a graduate student can receive,” said Professor Stephanie Bryant, director of the Materials Science and Engineering Program. “This fellowship not only recognizes academic excellence, but also recognizes the potential of the student to make a significant impact on society. The MSE program is fortunate to have an amazing group of talented graduate students like Tom and Keenan.”

“OPVs are solar cells made of an ultrathin film of organic molecules that allows them to be flexible, semi-transparent and lightweight which provide advantages over traditional silicon solar panels in applications such as building integrated photovoltaics,” Chaney said. “My research aims to understand how the morphology, or arrangement of molecules, within the OPV can influence the efficiency of the device, and ultimately how we can modify the chemical structures of the molecules along with processing conditions to optimize the morphology for device efficiency.”

To better understand the structure-processing performance interplay, Chaney utilizes high-intensity X-rays generated by synchrotrons to probe the morphology of these OPV materials during various stages of film formation.

“Measuring how these X-rays scatter through the OPV material reveals information on the arrangement of molecules that will provide a broad understanding of how these films form and explain why performance changes with different chemistries and processing conditions,” he said. “I work closely with a diverse group of skilled researchers in a multi-university team called the Center for Self-Assembled Organic Electronics to rapidly integrate these results into new organic synthesis, computational modeling and device fabrication efforts.” 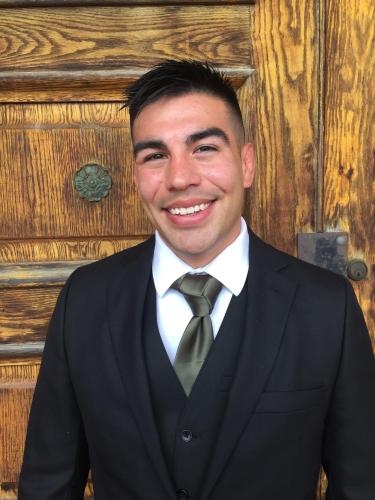 “I am very happy to see Tom receive this well-deserved fellowship for his research in organic solar cells and his outreach activities for the university involving the Boulder Valley and Denver school districts,” Toney said. “I expect Tom will accomplish great science over the course of his PhD and throughout his career."

Chaney thanked Toney, his family and his many mentors who helped foster his passion for science.

Wyatt’s proposal for the NSF GRFP was based on research into metal halide perovskites.

“These are materials that have a lot of hype and promise to become the superior solar photovoltaic technology within the next decade,” Wyatt said. “There are plenty of scientific challenges to overcome with perovskites including stability and environmental safety. In my proposal, I suggested a way to electronically dope the perovskite while simultaneously removing toxic lead from the baseline material. To address the stability issue, I suggested partnering with a computational group to screen for stable and metastable stoichiometries.”

This fellowship program includes an annual stipend of $34,000 for three years, with $12,000 provided to the students’ institution as a cost of education allowance.