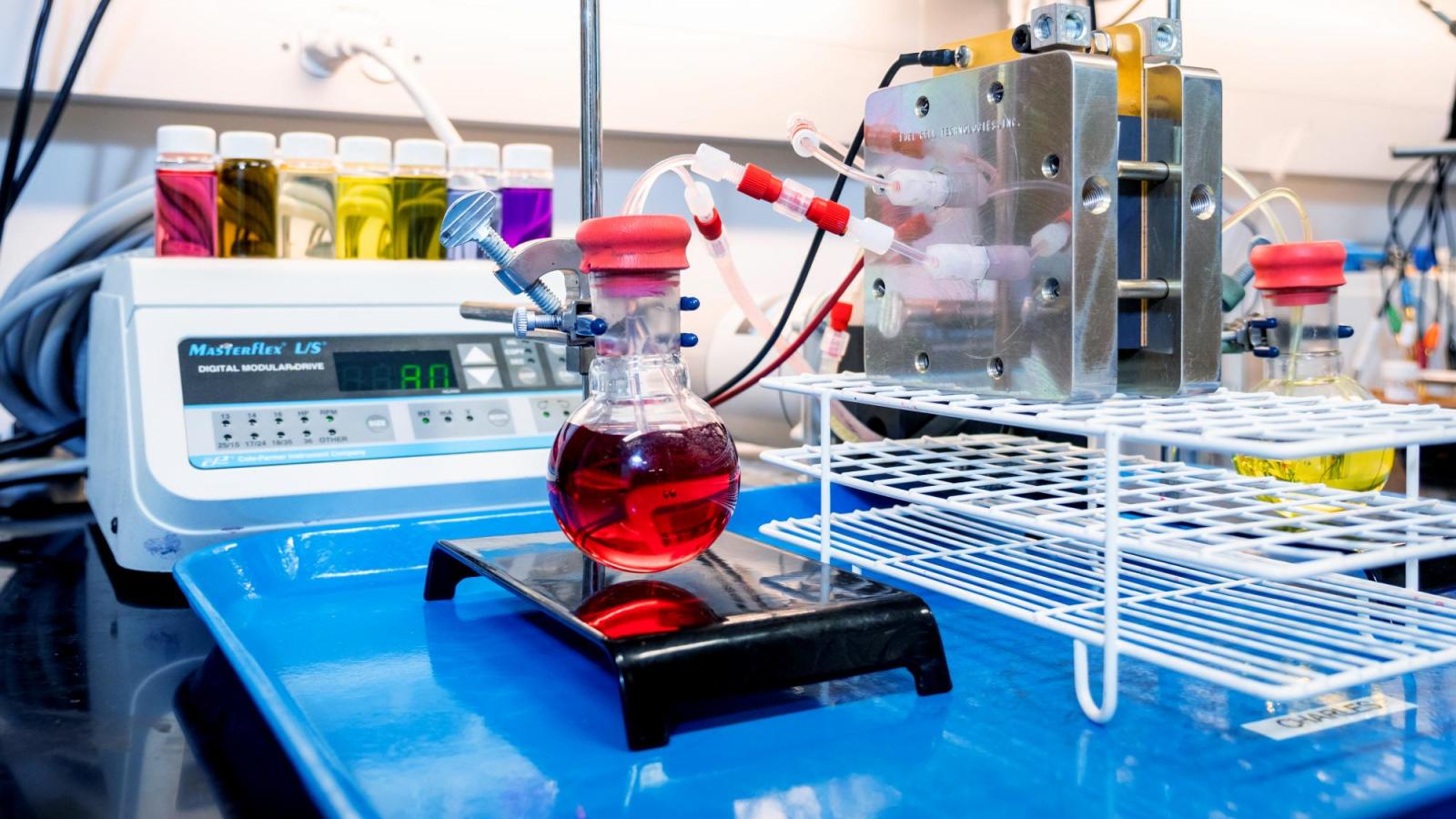 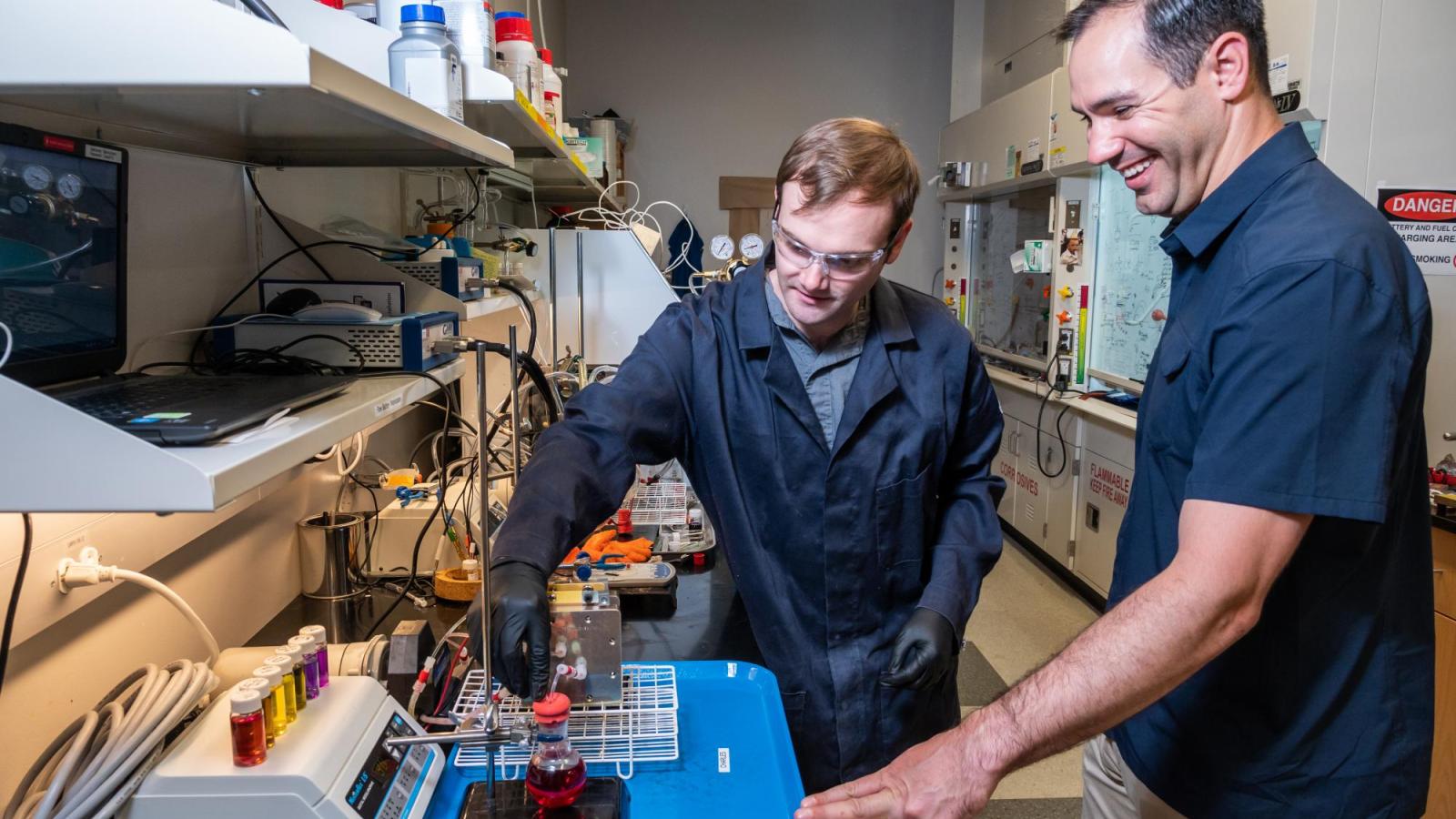 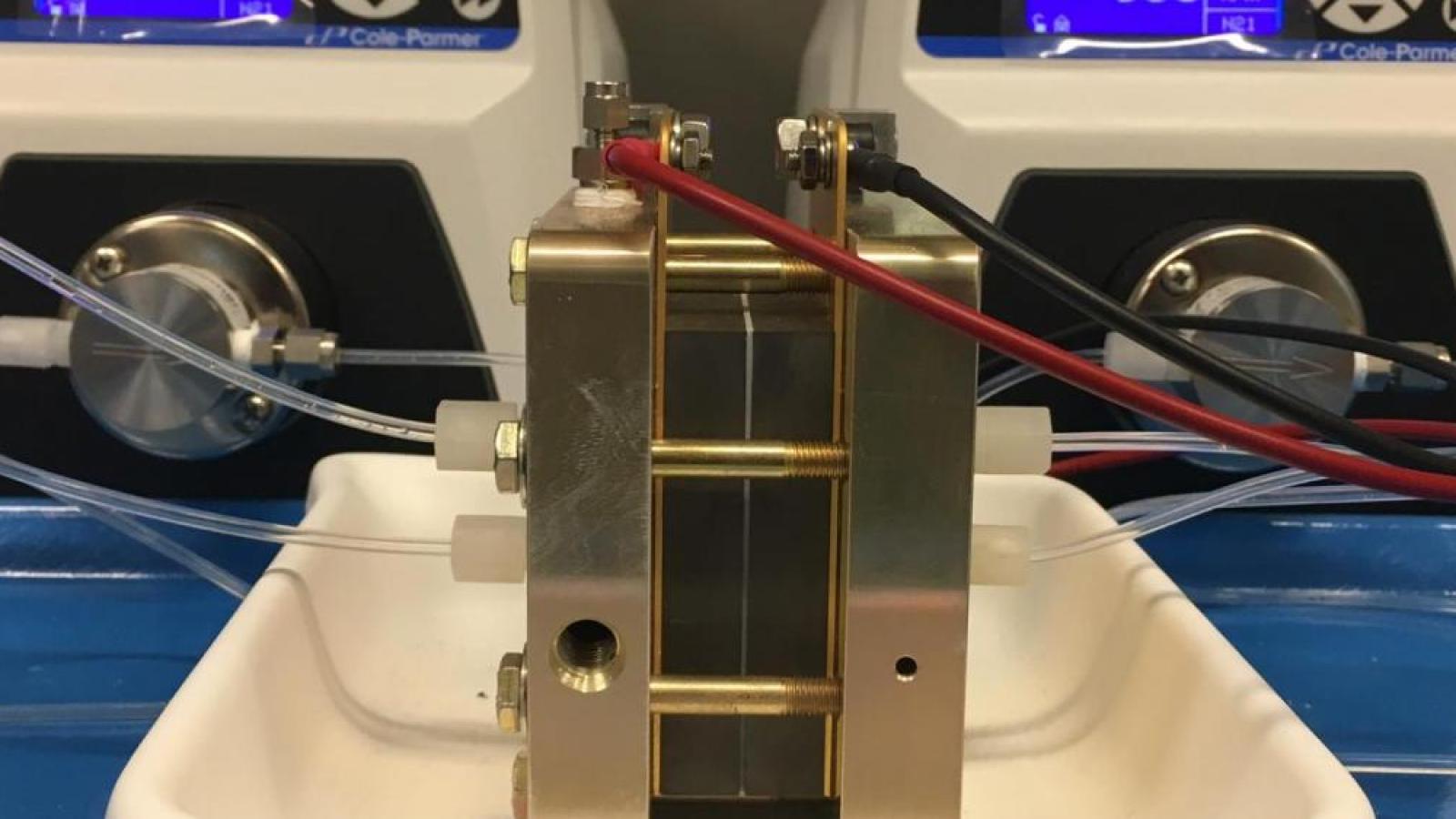 Long-duration energy storage is increasingly recognized as the principal limitation that is preventing the widespread use of renewables on the grid. Flow batteries have long been considered a leading candidate to provide long duration energy storage because their power conversion components (fuel cells) and energy storage components (liquid electrolyte stored in tanks) can be scaled independantly. The most developed flow battery electrolyte is the vanadium flow battery, which uses the redox properties of vanadium ions dissolved in sulfuric acid. Although this remains a very promising technology, the cost of vanadium ore has been considered a major limitation preventing its widespread implementation on the electric grid.

Our group is investigating flow battery electrolytes that use of metal ions coordinated to organic ligands called chelates. One particular class of chelates, called aminopolycarboxylic acids, are known to bind metal ions very strongly and are used for a wide variety of industrial applications including textiles, water treatment, paper pulping, agriculture, consumer products, and medicine. One of the most common of these chelates is called EDTA, and is found in many household items such as soaps, lotions, and mayonnaise. We found that a related chelate called PDTA, differing by just one additional carbon atom, was better suited for coordination to chromium than EDTA. By tightly coordinating to the chromium ion, the chelate prevents the electrons stored on the metal from reacting with the water in the electrolyte. This approach has allowed us to create some of the highest voltage aqueous flow batteries and allows them to be operated near neutral pH.