The University Housing and Residence Life Offices will be closed Nov. 23-25. They will re-open Monday, Nov. 28 at 9 a.m.

Home About Us Contact Us Residence Life Staff Mathew Ferguson 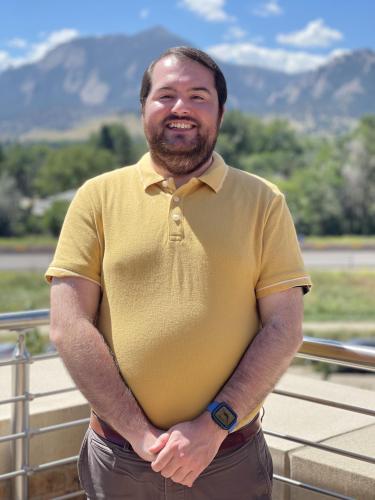 Mathew (he/him) is the Hall Director (HD) of Darley Hall. Originally from Florida, Mathew received his B.S. in Psychology and his B.A. in International Affairs with a concentration in French language and culture from Florida State University. He joins CU Boulder Residence Life after five years as a Hall Director at Miami University in Oxford, Ohio where he earned his M.S. in Student Affairs in Higher Education with a concentration in diversity, equity, and culture. Mathew originally started in residence life as a RA at Florida State University. Now he has worked with residential students since 2014, at universities in Florida, Virginia, England, New Jersey, Ohio, and now Colorado. His favorite part of the HD role is working with student leaders and helping them to build their skills and confidence. In Mathew’s free time, he enjoys exploring local restaurants, traveling, and making fancy loose leaf tea. Mathew also loves coffee, reading, and watching his favorite TV shows.