The Department is thrilled to announce that our current chair, Dr. Laura Michaelis, was recently named a Fellow of the Linguistic Society of America (LSA). This is a highly prestigious honor, recognizing career achievement, which is awarded to only a handful of linguists each year by the LSA, the professional organization representing all American linguists. She will be honored at a special ceremony on Jan. 7, 2022, at the LSA Annual Meeting. 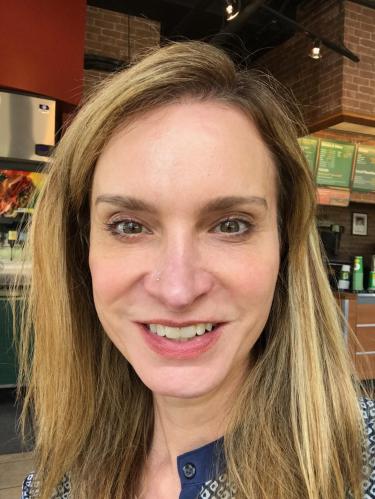 Laura has been an outstanding teacher and scholar, as well as providing service to the linguistics community. She has authored or co-authored numerous publications, especially in the area of Construction Grammar, a field in which she is an international leader. Her work focuses on how linguistic meaning is not built up ‘word by word’ in an utterance based on the meanings of individual lexical items, but rather how it is crucially a function of the specific syntactic structures in which words occur, which have their own abstract meanings. These structures can coerce individual lexical items to be construed with surprising or unusual meanings, thus showing that lexical meaning is more fluid and less fixed than linguists and lexicographers had traditionally assumed, while syntactic structures themselves can also be associated with certain types of meanings or expectations. One of her most recent publications is Syntactic Constructions in English (2020, Cambridge University Press), co-authored with Jong Bok Kim. She has also made major contributions to the study of tense and aspect and their interactions.

Dr. Michaelis is a co-founder of the journal Language and Cognition, and served as associate director of the LSA Summer Linguistics Institute in 2011. She is currently serving her second term as Chair of the department at CU, where she has led a major redesign of the undergraduate curriculum, and recently served on the Strategic Planning Committee of the College of Arts and Sciences. She received her PhD from UC-Berkeley in 1993, and has been at CU since that time. She is also a Faculty Fellow within CU’s Institute of Cognitive Science.

The Department congratulates our treasured colleague on this well-deserved honor from the LSA, and thanks her for her many contributions to CU-Boulder, its students, and her fellow faculty, as well as to the profession!