Discussing Sinophobic and anti-China rhetoric throughout American history, in current media and politics, as well as throughout the COVID-19 pandemic

Over the course of the COVID-19 pandemic, we have seen upticks in violence against members of the Asian American community (Farivar, 2021).  It is especially pertinent that we examine the roots of this violence in historic Sinophobia and “yellow peril” stereotyping, as well as the role of anti-China language used within American media and politics.

In my research, I have examined anti-China language in three contexts -- its use in American media (in this case, in major newspapers), its use in American political discourse, and the racialized language which emerged with the coronavirus outbreak.  Sinophobic language reinforces the American “us versus them” ideology against China, reinforces the idea of a “yellow peril,” and encourages American aggression towards China, which in turn is reflected in violence towards certain (Chinese-presenting) members of the Asian diaspora living in the United States.

Sinophobic sentiment and yellow peril rhetoric in America has its roots in the nineteenth century American colonialist advances into Asia, where the U.S. “followed the European model in targeting smaller nations to dominate – politically, economically and socially,” in order to fulfill its own economic needs (Lippi-Green, 2011: 287).  In order to rationalize American colonialism and domination in Asia, Asian people were presented as “inherently weaker” in comparison to America, and for these rationalizations to take effect, “Asians must be seen as manipulative, with a tendency to use natural wiles and treachery to achieve their own ends . . . provid[ing] a way to justify aggression” against certain Asian countries (Lippi-Green, 2011: 287).  The construction of Asians, and specifically Chinese people, as a “yellow peril” emerged as well in the mid to late nineteenth century “in response to increasing numbers of Asian immigrants,” where different terms such as “yellow devils” were used to describe these Asian immigrants (Lippi-Green, 2011: 289). Sinophobia and “yellow peril” rhetoric returned and also became a “Red peril” after the 1949 communist revolution in China, and so America’s usage of anti-China language since has been associated with the imagined threat of evil, Chinese communists to Western (American) democracy and way of life (Tchen, 2010: 271).

When discourse about a country portrays it as evil, it is easier to rationalize aggressive actions taken against such a country.  American news media is particularly guilty of utilizing Sinophobic language, establishing an antagonistic portrayal of China; by using negative adjectives such as “theft” and “infiltration” in reporting about China, the “us versus them” mentality necessitates actions for “us” to pacify the threat that is “them.”  In this Washington Post article by Ellen Nakashima on the topic of China’s alleged interest in American technology, words and phrases such as “Chinese theft,” “steal,” “espionage,” and “infiltration” were used frequently throughout the article in order to either describe or discuss China (Nakashima, 2020).  Another opinion article recently published on the Washington Post uses the phrase “Chinese regime of Xi Jinping” when discussing extradition in Hong Kong, and it is implied throughout this piece as well that, unlike “[t]he United States [and] Britain,” China does not align with Western ideals and is therefore seen as a threat (“Opinion: Democracy on trial in Hong Kong,” 2021).  Negative lexical portrayals of China in American news media position them as an evil “other,” constructing them “as culprit and as America’s enemy number one . . . invoking and simultaneously inciting a different set of anxieties that lie within the broader repertoire of China/Chinese as threat” (Siu & Chun, 2020: 424).

Similarly, throughout political discourse, American politicians reiterate an “us versus them” mentality. In an interview on a U.S.-China strategy, President Biden very clearly makes a distinction between China and America’s allies (“our allies”), who are other Western, capitalist states (Friedman, 2020).  He makes certain in-group and out-group distinctions, where America and its allies, as the in-group, need to formulate ways with which to deal with China, which is the out-group.  The in-group/out-group distinction is made possible by the usage of subtle anti-China language. Furthermore, this position allows for a “refram[ing of] anti-Chinese legislation as having larger unselfish interests, as if all of mankind -- civilized mankind -- is being defended” (Tchen, 2010: 270).  Thus, the subtle anti-China language of American political discourse only furthers the “us versus them” ideology of America against China and will normalize future aggressive stances against China.

Currently, with the COVID-19 pandemic, Sinophobia also presents itself in the heightened usage of yellow peril rhetoric which associates the virus with China and Chinese people.  This rhetoric reinforces the stereotype of Chinese (and generally Asian) people being carriers of disease, which encourages aggressions against Chinese people.

The surge of Sinophobic language in America regarding the COVID-19 pandemic only rehashes yellow peril stereotyping, which in turn has encouraged aggression and racially-motivated violence against Chinese people and other Asian people within America.  Many Americans, including the former President, have used racialized language, such as “China Virus” and variations like “Wuhan Virus” and “Kung Flu” when referring to the novel coronavirus.  Such yellow peril rhetoric intentionally reinforces a narrative that Asian people, and more specifically Chinese people, are disease-ridden, untrustworthy, and pose as an existential threat to American society and, in this case, to American public health.  Siu and Chun (2020) note that:

“[T]he notion of the non-differentiable ‘yellow’ masses continues to function as a homogenizing and dehumanizing device of Asian racialization, which makes possible the transference of Sinophobia to Asian xenophobia .” (p. 425)

We can see this transference of Sinophobia to Asian xenophobia in the recent surge of anti-Asian violence.  Between March and December of 2020, “more than 2,800 incidents of racism and discrimination targeting Asian Americans” have been recorded; these hate crimes have seen “an increase of almost 150%” in many of America’s most populous cities, where New York City -- with an increase of 833% -- has the highest amount of incidents (Farivar, 2021).

My analysis of American media, politics, and racialized language during the pandemic yields that Sinophobic language only serves to reinforce the American “us versus them” ideology against China, reinforces the idea of a “yellow peril,” and encourages American aggression towards China, which in turn reflects in violence towards certain members of the Asian diaspora living in the United States. 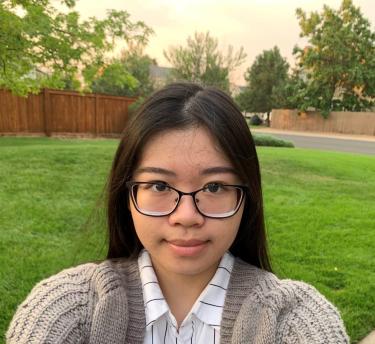 Vivian Pham is an undergrad currently majoring in Environmental Studies (but she’s heavily contemplating switching her major for the third time WHO KNOWS).  Outside of school, she enjoys overanalyzing films and books, curating very specific Spotify playlists, and has recently dipped a toe into creative writing.