Trump’s Use of Conversational Implicature and Plausible Deniability

Trump’s Use of Conversational Implicature and Plausible Deniability

How do today’s politicians skew the truth in political discourse?

Truth in political discourse is important as we deal with complex global issues, such as the COVID-19 virus, possible war with Iran, and the global warming crisis.  Navigating between truths and untruths is particularly mystifying when the narrative is frequently skewed, a principle issue we face today.  Understanding political discourse requires understanding the use of plausible deniability and conversational implicature. This is because politicians frequently make use of these discursive moves to skew the narrative.

In my research project, developed for Prof. Adam Hodges course on Language & Politics, I created a video essay (embedded below) that examined the discursive techniques of plausible deniability and conversational implicature used by our president, which are enforced by mafia-like structures of silencing.  These discursive methods are not new, and Donald Trump is not the first politician to use plausible deniability.  However, Trump’s use of plausible deniability was particularly interesting to study because I uncovered many inconsistencies between his campaign promises and current statements.  The underlying aim was not to expose Trump, but rather to demonstrate the process by which we can hold politicians accountable by unraveling the narrative the speaker has created through competing claims.

Plausible deniability works to “shirk responsibility for things we have previously said or done.  Politicians are well known for using language games that allow them to variously communicate or deny controversial claims” (Hodges, p. 45).  Conversational implicature is the act of implying what is said, while also not explicitly stating it.  This allows room for a “reactive reversal” (Mendoza-Denton) if the public does not respond well to what is implied; a public relations statement (or tweet) can go out shirking responsibility for the remark.  Since what is implied is not explicitly stated, this leaves the public in a gray area of sorts. For example, the president can promise to have Mexico pay for his wall yet the American taxpayers are left footing the now $11 billion dollar bill (NPR).  To create my video essay, I watched and listened to debates, interviews, and speeches, comparing sound bites and claims Donald Trump has made throughout his time in office.  I approached the discourse as a normal voter seeking information.  Through this lens, I found my key examples of plausible deniability and conversational implicature.  My research on Trump’s use of omerta and mafia-like structures further elaborates on the way Trump gets away with claiming plausible deniability.

One of the key takeaways from my research was that campaign promises have been skewed to fit or change Trump’s narrative. This “skewing” is achieved through conversational implicature. For example, Trump can run his 2016 campaign on the promise to have Mexico build and pay for the wall, but later insist to the American public as president that he didn’t say that.  Subsequently, Trump skews his statement by stating: “Obviously...I never meant they’re going to write out a check. I said they’re going to pay for it. They are. They are paying for it with the...USMCA [United States Mexico Canada Agreement].” The implication in his original statements was that Mexico will directly pay for it, not the US taxpayers. But later, he denies this implication by implying something new--namely, that the US will somehow recoup the $11 billion it has paid for the wall through the new trade deal with Mexico. Another key finding from my research was that Trump’s deniability is strengthened by the support he receives from allies, such as politicians who vouch for his credibility and collaborate to restate his ever-changing claims.

The topic of plausible deniability within politics is extremely relevant to non-linguists as it can help voters pick apart what is true and what is not in a time when thousands of different stories all on the same subject circulate.  As George Washington once stated, “Truth will ultimately prevail where pain is taken to bring it to light.”

For more discussion on this topic see the video essay here. 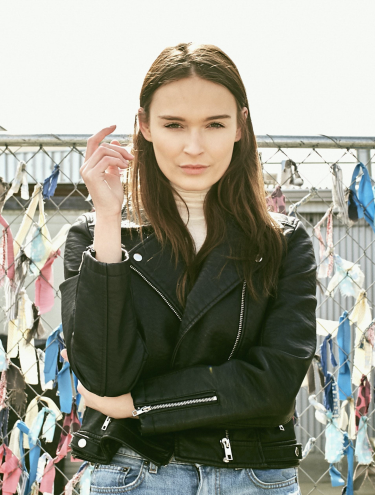 Abbey Ehrhard is majoring in Strategic Communications with a focus on advertising strategy and minoring in Business.  She has a creative eye and loves graphic design, animation and anything art related. She has a drive to discover, which led her to find a passion for research.