The Semantic Pejoration of the Arabic Phrase 'Allahu Akbar'

The Semantic Pejoration of the Arabic Phrase 'Allahu Akbar'

How a phrase used by billions of Muslims worldwide lost its meaning.

In the spring of 2019, I was traveling in Lisbon, Portugal with a group of my friends. One day we were enjoying a walk through the narrow yet colorful streets when a local man ran by us yelling “Allahu Akbar.” After this happened, one of my friends turned to me and said, “That’s what terrorists yell before they are about to commit an act of terrorism, we should get out of this area.” Right after he said this we swiftly walked away, and nothing ended up happening. Following this, we went on with our trip as planned. I didn’t think about this moment again after it happened until I took Language & Politics with Dr. Adam Hodges. This was when I realized that the phrase ‘Allahu Akbar’ has a much different meaning than that of what my friend had told me it meant. After this experience, I was intrigued to learn what this phrase really meant and if it was actually something to be worried about if I were to hear someone shout it again in the street somewhere in the world.

The words ‘Allahu Akbar’ translate to mean “God is the greatest,” which is an Arabic phrase frequently used by over 1 billion Muslims around the world. The phrase has a very significant meaning for Muslims and is often used as a call to prayer. It is used when someone sees a beautiful sunset, when a baby is born or when a doctor's patient gets better from treatment, when a favorite sports team wins a game, at a wedding, and even at funerals. In a 2015 video by the Los Angeles Times, Sukathee Phyakul says, “Allahu is so great, Allahu is everything for me, it is my heart and my soul that belongs to Allahu.” There are many contexts in which this phrase can be used in a socially acceptable sense. This phrase can be considered just as common among Muslims as the words “thank God” are in the English language among Christians.

Unfortunately, the meaning of Allahu Akbar has changed over the past several decades with the rise of terrorist attacks and the media's coverage and portrayal of them. In this research project for Language & Politics, I looked at the Arabic meaning of the phrase ‘Allahu Akbar’ and how the meaning of the word has evolved into a substantially more negative term in US public discourse. This process in linguistics is known as pejoration.

Since the 9/11 terrorist attacks, the media has covered many stories on TV and in newspapers portraying ‘Allahu Akbar’ to be a phrase that is commonly spoken by terrorists before they carry out an act of terror. I studied various articles that all discussed terrorist attacks. I found a common theme throughout the various reports in that they all mention the perpetrator yelling ‘Allahu Akbar’ before committing the act of terror. There are a multitude of instances where this theme was reported; for example, in the New Orlando club shooting in 2016, reporters said the shooter was yelling ‘Allahu Akbar’ while the police were engaging with him. Another instance was at a Paris screening of the Joker when a man yelled ‘Allahu Akbar’ causing the audience to panic. In these portrayals, the phrase ‘Allahu Akbar’ has gone through pejoration where the meaning of a word or phrase shifts from a positive meaning to a negative meaning. ‘Allahu Akbar’ is a prevalent and real-life example of this semantic transition.

In order for ‘Allahu Akbar’ to regain its positive connotations, it is important to educate and remind people that it is an Arabic phrase used in the daily lives of billions of Muslims as a call to prayer. Once people understand that this phrase has gone through pejoration in US public discourse, then people will begin to understand that its new negative meanings are the result of negative media portrayals that show its use only in negative contexts and events. 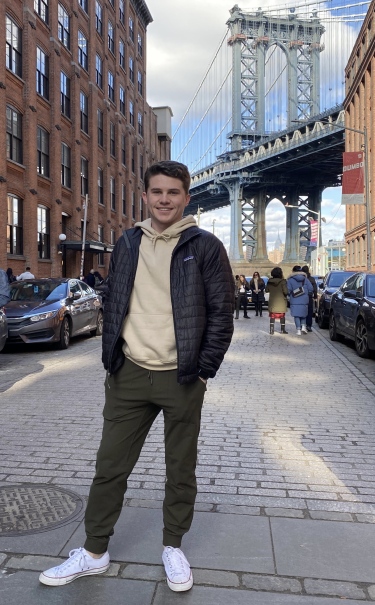 Max Dwight is a senior at CU Boulder majoring in Japanese with minors in business and communication. He enjoys hiking, skiing and running along with spending quality time with friends and family.