It is no secret that traditions and cultures of different peoples fade away over time. Unsurprisingly, languages fade away as well.

Lakota, a Siouan language, currently holds an EGIDS level of 6b (threatened). Interestingly enough, Lakota is very well documented but is still losing speakers. The number of first language Lakota speakers has dropped from around 6,000 in 2006 to 2,000 at the start of 2016. That’s only around 1% of the Lakota population. While many people speak Lakota, very few are able to speak it with very high proficiency, and many of those who can belong to the older generation. The way to preserve and revitalize Lakota is to teach the language to a younger generation. The first step is to look at why the number of proficient younger speakers is dropping. The answer lies in how cultural changes and decreases in diversity affect language use. Revitalizing the language can then be discussed by using the backbone of culture today to increase Lakota speakers.

To look at why Lakota use is fading away, we must look at how different cultures affect language change over time. In a situation of cultural parity, each group has no desire to become more like its neighbors. From around the 16th century and before to the 17th century, the Lakota were a powerful force, having no problem using horses and opportunity to expand their territory and defeat other tribes. When Americans-to-be showed up at the start of the 18th century, the Lakota still had little reason to change. Things went smoothly till Fort Laramie was built on Lakota land and other settlers began moving into the area. The Lakota pushed at these unwelcome guests just as they had surely done with other tribes before. No number of U.S. treaties, however, could keep settlers from flocking to these restricted areas for settlement and gold mining. Each group was forced to defend what was their own. A series of conflicts ensued until the U.S. army defeated the Lakota during the Great Sioux War. Thus, after being confined to reservations and eventually having many of the key factors of their old ways of life removed, the Lakota were forced into a situation where cultural parity was removed, and it was beneficial and unavoidable that they assimilate (at least in part) to the American Culture.

While this is not an unnatural phenomenon, as it has happened countless times over the course of history, the American Lakota of today are no longer living in the same way that their Lakota ancestors were living centuries ago. With the territorial and governmental affairs sorted out, for the most part, the Lakota are no longer forced to assimilate. While knowing English may be necessary, the time has never been riper for showing off what makes the Lakota culture special. The acceptance of cultural diversity has increased dramatically over the last several years, and a big part of that is due to the linguistic tragedy of globalized culture.

The Effect of Less Diversity on Language

As one culture consumes another, the language of the consumed culture becomes more like the language of the consumer through a process known as language shift. This means that language death at its most ferocious is almost completely dependent on the effects of rapid cultural change. What languages do or don’t survive isn’t due to the language itself, but rather the people that speak it. While language is an important part of culture, language does not drive culture in the same way that economics, military power, or health care drive it. You could hardly expect a group with an interesting language but low access to medicine not to accept a culture with a different language but better health technologies, or a culture with a weaker military not to be forced to speak the language of a culture with an advanced military and a mind for conquest. Therefore, only by preserving and recording languages can these languages be saved from the flow of cultural change.

To combat the loss of Lakota speakers, I propose a pilot study of the effects of an after-school group focused on language and historical culture. The test would observe 20 ethnic Lakota second graders from the state of North Dakota, taught by at least one licensed teacher and one highly proficient Lakota speaker, meeting three times a week after school. In this program, the kids would learn basic words and phrases through storytelling and music, and work on a group project, the creation of a children’s book written in English and translated to Lakota by the kids. The kids would take a survey before and after the program to test their opinion of Lakota and its importance. At the end of a school year, the kids would show off their book to their parents, and show them what they had learned. The parents would also be surveyed, asking if they would keep their child in the program, recommend it to another parent, or enroll one of their younger children.

Based on these results, the logistics of the class could be fine-tuned, and the interest in the program recorded. Ideally, similar programs could be implemented at middle and high school levels. This creates a base of speakers that can produce their own content by the time they reach high school, and an audience base of younger speakers. When the high schoolers produce a film or song, they can present it to the younger age programs or their peers. Initially this set of programs and clubs would be few in number, but the more of them there are, the more fluent the kids will become, and the amount of materials and media in Lakota will increase. This cycle continues until the status of Lakota is no longer threatened. 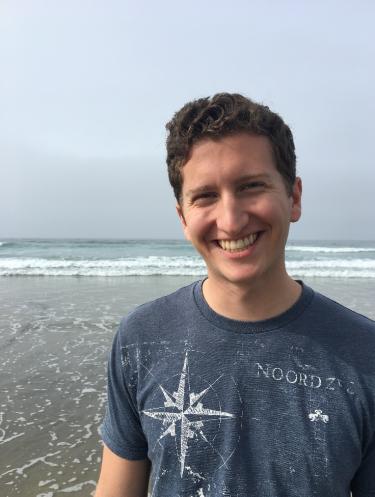 Harrison Puscher is a Neuroscience major at the University of Colorado Boulder. He enjoys hiking, riding his bike, and learning about interesting topics.