Does Our Perspective on Time Influence the Memories we Recall?

Does Our Perspective on Time Influence the Memories we Recall?

English speakers take two perspectives on time, which are reflected in how we talk about time.

2: The Time-Moving Perspective: People can also think of themselves as being stationary in the present while events in time move toward them from the future. We talk about events like they are approaching us and might say, “The deadline is approaching.”

Consider this statement: Next Wednesday’s meeting has been moved forward two days.

Which day is the meeting now that it has been rescheduled? It’s a bit of a trick question since you can answer Monday or Friday.

Answering 'Monday' suggests that you are conceptualizing the meeting moving from Wednesday closer to you in the present moment. ('time-moving perspective')

Answering 'Friday' suggests that you are conceptualizing yourself moving toward the meeting now further in the future. ('ego-moving perspective')

Have you ever thought about how our emotional experiences might affect our view of time?

Two researchers, Lee and Ji (2013), wondered about this and conducted a study to see how people’s emotional experiences affect their time perspective. They asked participants to recall positive and negative memories and then asked them the ambiguous time question shown above.

This showed that people change their time perspective depending on whether they perceive an event to be pleasant (positive) or unpleasant (negative).

These studies suggest that our emotional experiences affect our view of time.

Can our view of time influence our emotional experiences?

I wanted to know whether there was a reverse effect – can our view of time also affect our emotional experiences?

One study by Ruscher (2011) looked at how people’s perspective on time influenced their predictions of how others would feel about an anticipated future emotional experience. Participants in this study were primed to adopt the ego-moving or time-moving perspective, then read a story about a woman whose son had died. They were asked to estimate for how much time she would grieve after her son’s death.

She proposes that the ego-moving perspective encouraged participants to conceptualize the woman actively moving forward in time, past her grief, and resuming her daily routine. In contrast, the time-moving perspective encouraged participants to think that her grief followed her as she moved passively into the future (constituting a longer grieving period). This study demonstrates that the two time perspectives are associated with active and passive movement through time, which influence how we perceive anticipated (future) emotional experiences.

However, there were no studies that addressed whether our view of time affects how we perceive our past emotional experiences, so I decided to research it. In my study, I looked at how the two time perspectives affect whether we recall positive or negative memories.

In this study, participants first read sentences depicting events moving through time (space-time metaphors). These sentences were encoded in the ego-moving or time-moving perspective in order to prompt people to think of time in a certain perspective. They then wrote about autobiographical memories. After, they rated whether their memory was positive or negative.

I found no evidence to suggest a difference in the retrieval of positive and negative memories based on whether participants were exposed to ego-moving or time-moving sentences. Although previous studies have demonstrated that our emotional experiences influence our perspective on time, this study does not provide evidence to suggest there is a reverse effect. It is possible that methodological improvements to the study may yield effects of time perspectives on memory valence. However, it may be that it is more difficult to find effects in this direction because of the complexity of our lived experiences. Further efforts are needed to understand other factors that may influence our emotional experiences and their interaction with time perspectives.

Lee, Albert, and Li-Jun Ji. (2013). "Moving Away from a Bad Past and toward a Good Future: Feelings Influence the Metaphorical Understanding of Time." Journal of Experimental Psychology: General 143(1): 21-26. 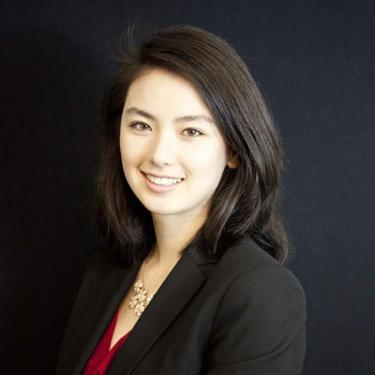 Jayne Williamson-Lee is a senior in Linguistics at the University of Colorado Boulder. She has been researching metaphors and memory for the past two years, and would like to thank her mentor, Professor Bhuvana Narasimhan, for her guidance and support while working on this thesis.