The Program in Jewish Studies and the University of Colorado Libraries' Rare and Distinctive Collections annually support a visiting scholar whose research interests take advantage of the unique resources in the Post-Holocaust American Judaism Collections. The Post-Holocaust American Judaism Collections provide access to materials examining Judaism and the Jewish experience as a religious re-engagement, social movement, and philosophy of spiritual transformation in America from the late 1940s to the present.

The fellow will have the opportunity to conduct research in any of the collections available in the Post-Holocaust American Judaism Collections. However, preference will be given to candidates whose research project explores collections related to the Jewish Renewal movement in America.

Fellows will receive $1,500.00* to support their travel and research in the archives.

Applicants should submit the following to CUJewishStudies@colorado.edu: 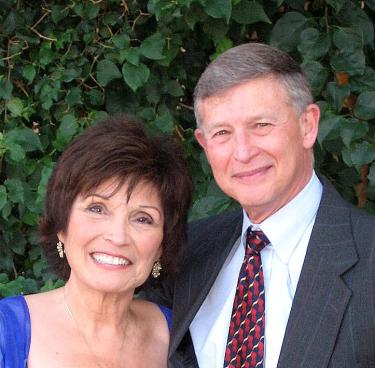 Shneer Family Endowed Fellowship Fund supports the initiative to make the University of Colorado Boulder a center for the study of American Judaism after the Holocaust. To accomplish that goal, the Fund supports the active effort of building archival resources for research, hosting scholars conducting that research, and supporting our students to learn the skills of information management, archiving, and digital literacy.

Jessica Cooperman is an Associate Professor of Religious Studies and Director of Jewish Studies at Muhlenberg College in Allentown, PA. Her research focuses on 20th century American Judaism and Jewish culture, and on connections between American conceptions of religion and state policy. Her visit focused on her current book project, which explores the post-Holocaust period and the different ways that the Holocaust shaped Jewish-Christian dialogue in the second half of the 20th century. She examined the development of different sites of Jewish-Christian dialogue and engagement in the post-World War II period, with a particular interest in the proliferation of interfaith and Christian Passover seders. Her first book, Making Judaism Safe for America: World War I and the Origins of Religious Pluralism, was published by NYU Press in 2018 and received an honorable mention for the biannual Saul Viener Book Prize in American Jewish History.

While at the University of Colorado Boulder, Professor Cooperman focused on collections including the Arthur Waskow Papers related to the creation of the Freedom Seder; the records of the Institute for Contemporary Midrash Records, especially those related to the creation of “bibliodramas” intended for Christian clergy and seminaries; the Michael Lerner Collection for a view of public discussion of interfaith engagement in Tikkun Magazine; and the Zalman Schachter Shalomi Papers, with regard to Schachter-Shalomi’s commitment to dialogue across faiths. 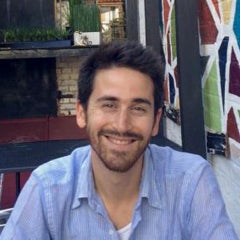 Professor Shonkoff presented a faculty and student colloquium on Thursday, October 25 on his archival work with the Zalman M. Schachter-Shalomi Papers, held at CU Boulder. His research in the Post-Holocaust American Judaism Collections supports his larger project on the formative years of Havurat Shalom in Somerville, Massachusetts and the Jewish counterculture of the 1960s and 1970s more broadly. Schachter-Shalomi was a founding member and teacher of Havurat Shalom in 1968, and he had an especially profound impact on that community's own very influential approaches to prayer and Hasidic sources.

Sam Berrin Shonkoff is the Visiting Assistant Professor of Religion and Jewish Studies at Oberlin College. He holds a PhD in History of Judaism from the University of Chicago Divinity School, an MA in Religion and Jewish Studies from the University of Toronto, and a BA in Religious Studies from Brown University. Shonkoff's edited volume Martin Buber: His Intellectual and Scholarly Legacy was published this year, and his writings have also appeared recently in the Journal of Religion, The Journal of Jewish Thought and Philosophy, and Brill’s Library of Contemporary Jewish Philosophers. 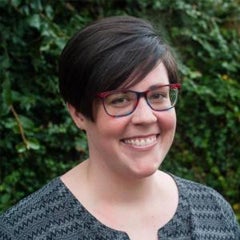 Colloquium: Renewing Her Body: The Body as a Feminist Ritual Text in the Jewish Renewal Movement, 1970-2015

Professor Milligan is the Batten Endowed Assistant Professor of Jewish Studies and Women's Studies and Director of the Institute of Jewish Studies and Interfaith Understanding at Old Dominion University. She is the author of Hair, Headwear, and Orthodox Jewish Women: Kallah's Choice (Lexington, 2014), and her research explores the intersections of hair, body, gender, sexuality, and religion. She has published in Journal of Modern Jewish Studies, Journal of Lesbian Studies, Children's Folklore Review, and Littman's Jewish Cultural Series. She also has received the Raphael Patai Prize in Jewish Folklore and Ethnology from the American Folklore Society (2011) and the Duke University Rubenstein Fellowship for Jewish Studies (2017).

Professor Milligan's research in the Post-Holocaust American Judaism Collections was an expansion of her current work on the Jewish body's potential as a subversive feminist text. She used the PHAJ Collections to aid in her investigation of how women's voices and bodies, particularly in the Renewal Movement, can represent a reactionary change to the outside cultural pressures, both from secular and Jewish Culture. 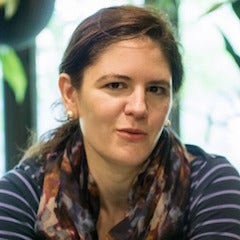 Read More
The Program in Jewish Studies and the University of Colorado's Libraries Special Collections and Archives welcomed Rachel Gordan, PhD, as the 2016 Jim and Diane Shneer Fellow in Post-Holocaust American Judaism. Dr. Gordan was in residence from October 24-28, 2016 working in the Post-Holocaust American Judaism Archives. She also presented a faculty/student colloquium on a chapter in her new book, How Judaism Became an American Religion, about the influence of celebrity on the mainstreaming of American Judaism during the postwar years. By focusing on the significance of Time magazine's coverage of American Jewish religious celebrities and of the three main Jewish denominations, this chapter shows how media coverage helped to transform the status of Judaism during the 1950s and early 1960s. This chapter is part of a larger manuscript about post-WWII American Judaism, for which Dr. Gordan consulted the Mazal Holocaust Collection.

Rachel Gordan, PhD is a historian whose research and teaching focus on Jews, religion, and American culture. She received her doctorate in American religious history at Harvard, and her B.A. in American Studies at Yale. She has taught at Northwestern and the University of Toronto, prior to teaching at Brandeis and Boston University. Her first book, How Judaism Became an American Religion will be published by Harvard University Press in fall, 2017. Dr. Gordan's visit was made possible by the Program in Jewish Studies and the University of Colorado Libraries through the generous support of the Jim and Diane Shneer Fellowship in Post-Holocaust American Judaism. 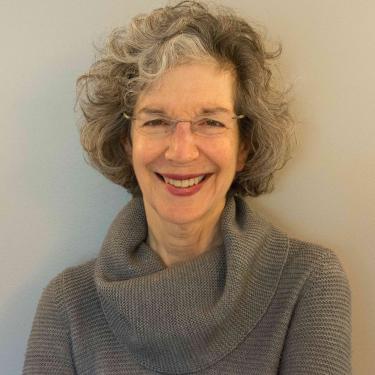 Professor of American Studies and Director of the Center for Jewish Studies, University of Minnesota

Colloquium: "Not Playing Indian: Race and the Terrain of Liberalism in Intensive Jewish Summer Camps in the 1960s and 1970s"

Read More
Jewish Studies and the CU Libraries were pleased to welcome anthropologist Riv-Ellen Prell, Professor of American Studies and Director of the Center for Jewish Studies at the University of Minnesota, as the inaugural Jim and Diane Shneer Visiting Fellow in Post-Holocaust American Judaism. During her visit, Professor Prell presented a riveting colloquium on race and liberalism in Jewish summer camps during the 1960s and 1970s, and was one of the presenters at the biannual 2015 Embodied Judaism Symposium, Freedom Seder: American Judaism and Social Justice.

In her colloquium, "Not Playing Indian: Race and the Terrain of Liberalism in Intensive Jewish Summer camps in the 1960s and 1970s," Prell explored how many Jewish summer camps actively engaged race, racial attitudes, and activism in the era of Civil Rights in the 1960s and early 1970s. Performances, role plays, then work in communities of color was part of camp offerings, revealing complex ideas about Jews and race in this era. Throughout the colloquium, Prell outlined a number of frameworks to understand how race was constructed in these camp settings.

In her presentation at the 2016 Embodied Judaism symposium, Prell explored the cultural politics of the 1969 Freedom Seder, which was part of a powerful turn in American politics of the Left of the 1960s and 1970s. Prell demonstrated how religion became a critical part of social movements, rather than being viewed as the enemy of change, and how politics could be shaped by identity rather than a set of ideas and commitments alone. Jews wrestled with these issues. Generations of many Leftist Jews had rejected Judaism and what was viewed as its parochialism. Prell argued that the Freedom Seder upended many of those dualisms and announced that a very "particularist" ritual could be universal, that Jewishness itself could be radical and build bridges across race and religion.

Prell’s work focuses on American Jewish cultures from the 19th century to the present. Her book Prayer and Community: the Havurah in American Judaism was the first study of the Jewish counterculture of the 1960s and 1970s, and was awarded a National Jewish Book Award. Fighting to Become Americans: Jews Gender and the Anxiety of Assimilation, along with Women Remaking American Judaism, explored how women, cultural conflicts between men and women, class mobility and conflicts across generations in families have all shaped Jewish cultural, religions, and popular cultural traditions. She is completing a book on Jewish Baby Boomers and summer camps and how they helped to shape the Jewish counter culture.

Prell chairs the Academic Council of the American Jewish Historical Society. She received the Marshall Sklare Memorial Award, Association for the Social Scientific Study of Jewry, for distinguished achievement as a scholar. 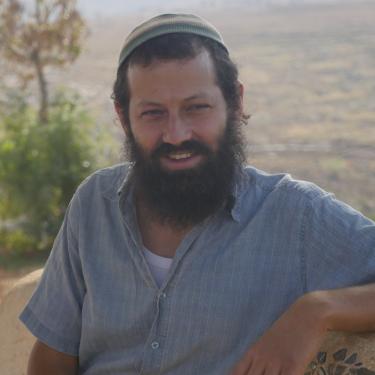 “Knocking on America’s (and Heaven’s) Door: Shlomo Carlebach’s Challenge in Shifting and Sifting American Jewish Identity”
Read More
Moshe David Ha-Cohen's colloquium provided a unique interdisciplinary environment for scholars to share and discuss research on modern American Jewish culture and identity. Moshe-David HaCohen presented his research on Rabbi Shlomo Carlebach, demonstrating how this pivotal figure provides a prism to the challenges, changes and questions of self-identification that Post-Holocaust American Jewry faced in the second half of the twentieth century. The materials of the Rabbi Zalman Schachter-Shalomi Collection, housed in the CU-Boulder Archives, provided the basis of comparison between Reb Zalman and Shlomo Carlebach and the similarities and differences of choices each figure made in their engagement and interaction with modern American society.

Moshe-David HaCohen is a Presidential Fellowship Doctoral Candidate at the Department of History of the University of Haifa in Israel. In his dissertation, Moshe-David applies interdisciplinary resources in order to explore the adaptation of Jewish tradition through the interaction of Shlomo Carlebach with the “counterculture” of the Sixties in the United States. Moshe-David has taken part in international academic conferences and workshops on contemporary Jewish identity, religion and culture and has been honored as the inaugural Fellow in Post-Holocaust American Judaism at the University of Colorado Boulder.

Questions about the Shneer Family Fellowship in Post-Holocaust American Judaism?