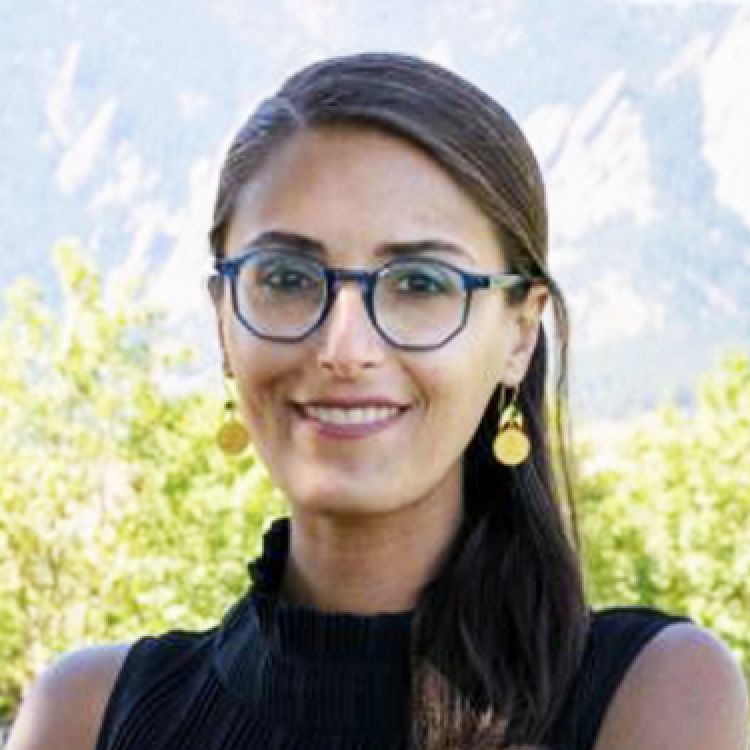 This week marks the 10-year anniversary of the Fukushima earthquake, tsunami and nuclear disaster in Japan. The three explosions and release of nuclear radiation forced the evacuation of more than 150,000 people and re-opened old wounds from the atomic bombings of Hiroshima and Nagasaki at the end of World War II.

Associate Professor Shideh Dashti is an expert in geotechnical engineering and geomechanics (the engineering behavior of earth materials). Her team in the Department of Civil, Environmental and Architectural Engineering researches the influence of extreme events on interacting soil-foundation-structure systems and the resilience of urban infrastructure.

Dashti is also the director of the Resilient Infrastructure with Sustainability and Equity (RISE) interdisciplinary research group in the college. That team explores holistic actions to address the many drivers of urban disaster risk worldwide, while simultaneously addressing environmental sustainability and social equity challenges.

She answered some questions on the anniversary of the disaster.

What happened at Fukushima 10 years ago? What lessons did you take away from the disaster?
When the disaster occurred, and even today, I find the story of Fukushima especially complex and multi-faceted.

It is the story of how a major power plant in a developed country – with advanced seismic codes and regulations – was still impacted by the extreme demands of a strong earthquake and tsunami. That points to the need for improved models of those hazards and engineering design procedures both for the nuclear facility itself and the sea walls protecting it.

But it is also a story of the long-term and devastating impact of failure in nuclear reactors on both human and natural environments. As well as the impact of halting nuclear power in a resource-poor, but major economy, like Japan, which, to my knowledge, has transferred some of its electricity production needs to coal and natural gas instead." All 50 nuclear reactors in Japan were shut down after Fukushima, and only nine have restarted. That has major implications for climate change prevention efforts there and globally.

There are also some really interesting interdisciplinary research questions intertwined with those topics about how a major disaster impacts trust between the public, the nuclear industry, and government with real implications on which sources of power are used and which policies are selected to maintain them.

Fukushima is, in a way, a perfect example of the need to merge knowledge and research on infrastructure resilience with considerations of energy sustainability and social justice. We recently formed (the RISE) group in our college to look at the overlap of these kinds of questions because we recognized the amount of expertise CU Boulder has in these areas and the lack of interdisciplinary work currently being done in that space. Hopefully, our research will help prevent another Fukushima one day.

Have you done any research around or into the accident in the past?
I visited Japan with a team organized by the Earthquake Engineering Research Institute (EERI) and Geotechnical Extreme Events Reconnaissance (GEER) from the U.S. to document the impacts of the earthquake and more importantly, the ensuing tsunami, on buildings and physical infrastructure such as bridges, pipelines and roads. I remember miles and miles of devastation and nothing but debris in towns affected by the tsunami. Major highways and bridges had collapsed and towns destroyed. We did not visit the nuclear reactor in Fukushima, but the intensity and impact of the tsunami on the communities, cities, and of course Fukushima, is fresh in my mind.

The case of Fukushima certainly affected my thinking deeply and contributed to the formation of ideas around infrastructure resilience with sustainability and equity.

What are new developments in infrastructure, modeling or related areas that may help prevent another Fukushima?
For miles around the plant, there are still reminders of the failure and mass evacuations. For example, radioactive soils are in temporary waste sites. Bags of radioactive waste are piled up in other places. There are still debris from the earthquake and tsunami. Evidence of radiation continue in nearby Fukushima forests. Many homes were demolished because of the radiation, now forming roads with empty lots. Collapsed structures are still visible, which need to be demolished.

One of the causes of the disaster in Fukushima was the tsunami height that exceeded the height of the existing sea walls at the time despite prior warnings. Another important and partly related cause was lack of oversight and coordination between the government and plant’s owner/regulators.

Since 2011, a new and taller sea wall has been built along the Pacific coastline to prevent future tsunamis hurtling into the plant. The government has also increased safety standards for nuclear power plants and plans to bring more reactors back online. This is now a politically challenging topic though, and the public mistrust will likely affect the decisions around how many plants to reopen, where they are located, and how they manage their waste.