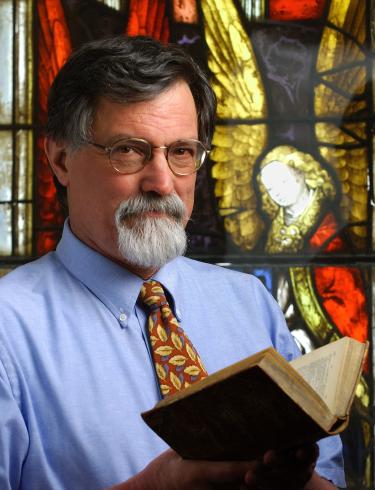 He has taught at the University of Colorado, Boulder since 1973. For about five of the last thirty years he has lived in Rome, Italy, teaching and studying. He is editor of a critical edition of the Greek text of Euripides' Bacchae (Teubner, 1982) and author of over 100 articles and reviews on scholarly, pedagogical and popular topics. He currently works with the Classics Department of the University of Urbino, Italy on ancient Greek lyric poetry.

He is a Fellow of the American Academy in Rome and has been awarded grants from the National Endowment for the Humanities and the CU Committee on Research. His book,The Devil Knows Latin: Why America Needs the Classical Tradition (ISI Books, 1999; third [paperback] edition 2001) is widely cited in the new Classical Education movement.

Dr. Kopff is the founding faculty father of the CU-Boulder Honors Journal, which is the elite undergraduate publication for the university. He is winner of the Jacob Van Ek Mentor Award, the Faculty Essay Award of the CU Graduate School Committee on the Arts and Humanities, and two-time winner of the SOAR Award (Student Organization for Alumni Relations. To win this award twice is a very exceptional accomplishment).

In recent years he has become increasingly interested in the reasons why some of the most creative societies in history, e.g. Renaissance Italy, Reformation Germany and the America of the Founding, were fascinated by the Greek and Latin cultures of the ancient Mediterranean. Why did Greece and Rome appeal to men as different as Dante and Machiavelli, Thomas More and Martin Luther, John Adams and Thomas Jefferson? He studies and teaches texts and traditions, from science to Sophocles, that arose in the ancient world and remain important and influential today, including the tradition of consensual self-rule, which the Greeks called democracy, and the religion of the Bible.