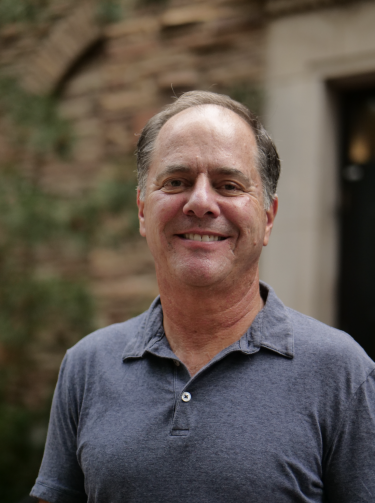 Professor Zeiler focuses on the history of U.S. foreign relations, with interests in economics, globalization, war, and sports.

Professor Zeiler teaches courses in American and international history, including U.S. diplomatic history from colonial times to the present. Some of the courses he teaches include "Global History of World War II" "U.S. Foreign Relations, 1865-1940," "U.S. Foreign Relations since 1941" and "America Through Baseball." Professor Zeiler was a recipient of the Teacher Recognition Award given by the Student Organization for Alumni Relations and has been recognized by Education Abroad for teaching a global seminar in France, as a service-learning fellow, and by the Boulder Faculty Assembly.

Professor Zeiler graduated from Emory University and then received his M.A. and Ph.D degrees from the University of Massachusetts-Amherst. He has written or edited fourteen books, including monographs on U.S. trade history, globalization, World War II and military history, baseball, and Jackie Robinson. Titles include: Free Trade, Free World: America and the Advent of GATT (The University of North Carolina Press, 1999), Ambassadors in Pinstripes: The Spalding World Baseball Tour and the Birth of the American Empire (Rowman & Littlefield Publishers, 2006), Annihilation: A Global Military History of World War II (Oxford University Press, 2010) and most recently, with CU Boulder colleague Martin Babicz, National Pastime: U.S. History Through Baseball (Rowman & Littlefield Publishers, 2017). A former president of the Society for Historians of American Foreign Relations (SHAFR), editor of the journal of record of the field, Diplomatic History, and editor of SHAFR’s bibliography, he has published extensively in U.S. foreign relations and the state of the field funded by numerous grants and fellowships. His current research, entitled “Capitalist Peace,” focuses on U.S. trade as a tool of diplomacy, peace, security, and human rights. Zeiler has received Fulbright fellowships for teaching and research.

Professor Zeiler is accepting both M.A. and Ph.D. students with an interest in U.S. diplomatic history and America in the world.
His recent graduates have landed positions at universities and colleges across the country, as well as at archives and institutes. Recent theses have ranged from a diplomatic history of the Mormons and the United States in the mid-nineteenth century; the Marshall Plan and American engineers in Turkey; Slovakia and American relations in the early Cold War; U.S.-Mexican relations and immigration in the 1920s; the Open Door to Chinese students in the United States and their influence in China; and Jewish refugees and the founding of Israel; the politics of trade and security in the Pacific Northwest; and Franco-American conflict in Vietnam.