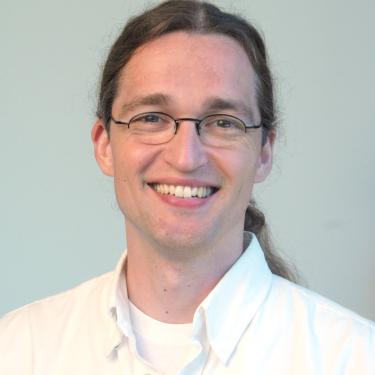 Professor Pegelow Kaplan teaches courses at the undergraduate and graduate level on the Holocaust, modern Jewish history, Central European history, historical methodology and theory, and transnational history. These classes include "Global History of Holocaust and Genocide," "Jewish History Since 1492," "Antisemitism: Concepts, Discourses, Practices," "Nazi Germany and the Holocaust," and "The Global 1960s: Student, Youth, and Worker Protests and the Reshaping of the World" (course currently 'under construction') along with various undergraduate and graduate seminars. He holds the Louis P. Singer Endowed Chair in Jewish History and is also a part of the Jewish Studies Program.

Professor Pegelow Kaplan received his B.A. (equivalent) at Eberhard-Karls University Tübingen, Germany, and his M.A. and Ph.D. in Modern European History from the University of North Carolina at Chapel Hill. He is the author of The Language of Nazi Genocide: Linguistic Violence and the Struggle of Germans of Jewish Ancestry (Cambridge University Press, 2009), which explores how words preceded, accompanied, and made mass murder possible. Prof. Pegelow Kaplan co-edited Resisting Persecution: Jews and their Petitions during the Holocaust (with Wolf Gruner) (Berghahn Books, 2020) that presents a profound reinterpretation of Jewish petitioning practices and demonstrates how entreaties by tens of thousands of Jews in German-controlled Europe were anything but futile. Instead, they helped their authors to reassert their agency and withstand Nazi onslaughts. In addition, he is the co-editor (with Jürgen Matthäus) of Beyond "Ordinary Men": Christopher R. Browning and Holocaust Historiography (2019). His latest study entitled Taking the Transnational Turn: The German Jewish Press and Journalism Beyond Borders, 1933-1943 [in Hebrew] will appear with Yad Vashem Publications in late 2022. His next edited collection (with Ofer Ashkenazi) entitled Rethinking Modern Jewish History and Memory Through Photography will be published by SUNY Press in 2023. Professor Pegelow Kaplan's scholarly articles have appeared in the Zeitschrift für Geschichtswissenschaft, the Tel Aviv Yearbook for German History, Contemporary European History, The Journal of Holocaust Research, Zeithistorische Forschungen, Bishvil Hazikaron and many other venues. He has received fellowships from the Alexander von Humboldt Foundation, the German Academic Exchange Service, and the Harry Frank Guggenheim Foundation, among others. Professor Pegelow Kaplan also held positions as a visiting research fellow at the International Institute for Holocaust Research at Yad Vashem, the Center for Advanced Holocaust Studies at the United States Holocaust Memorial Museum, Washington, DC, the Leibniz Institute for Jewish History and Culture – Simon Dubnow in Leipzig and -- since 2016 -- the Center for Research on Antisemitism at the Technical University of Berlin.

Professor Pegelow Kaplan is accepting both M.A. and Ph.D. students.