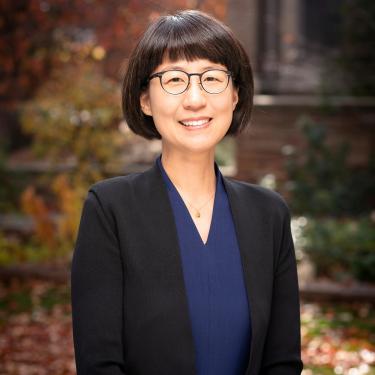 Professor Lim received her B.A. and M.A. at Seoul National University (Korea) and her M.A. and Ph.D. at the University of California, Berkeley. Her first book, Rules of the House: Family Law and Domestic Disputes in Colonial Korea (University of California Press, 2019) examines the formation of small patriarchal family in Korea under the Japanese colonial rule through examination of civil case records of domestic disputes.

Professor Lim is currently working on two research projects. The first one is on the history of property rights over burial sites in modern Korea, which highlights the murky clash of traditional land rights and the modern concept of land ownership. The second project is on the history of domestic adoption in Korea, focusing on how the highly restrictive adoption regime inherited from the colonial period continued to shape adoption practices in postcolonial South Korea.

Professor Lim is accepting both M.A. and Ph.D. students.