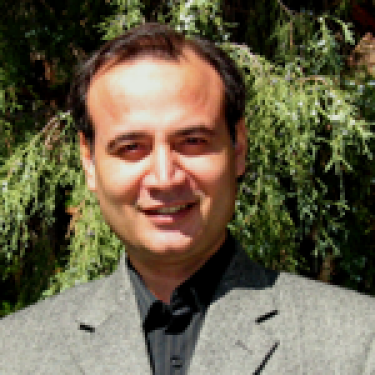 Professor Gautam is on leave for the 21-22 academic year.

Professor Gautam is an intellectual and cultural historian of South Asia, with a focus on India.

Professor Gautam teaches courses on the history of South Asia, particularlly focusing on India. Some of the courses he teaches include: "Introduction to South Asian History to 1757," "Global Warfare in India" and "Buddha to Gandhi: a History of Indian Nonviolence."

Professor Gautam received his M.A. and M. Phil. from Jawaharlal Nehru University, New Delhi, and his Ph.D. from the University of Chicago. Professor Gautam's research interests include the history of aesthetics, gender, and sexuality in ancient India, and postcolonial theory and literature. His first book Foucault and the Kamasutra: The Courtesan, the Dandy, and the Birth of Ars Erotica as Theater in India (University of Chicago Press, 2016) is an exploration of two founding texts of Indian culture, the Kamasutra and the Natyasastra, in engagement with Michel Foucault’s works on the history of sexuality.