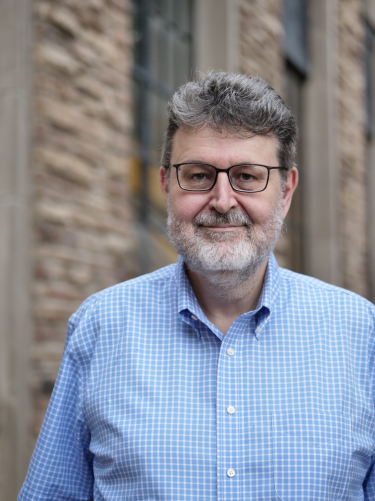 Professor Paul E. J. Hammer specializes in the history of early modern Britain and especially the political, cultural, and military history of the British Isles during the 16th and early 17th centuries.

Professor Hammer completed his B.A. and M.A. at the University of Auckland in New Zealand and his Ph.D. at the University of Cambridge with Sir Geoffrey Elton. He subsequently taught at the University of New England and the University of Adelaide in Australia and at the University of St Andrews in Scotland before arriving at CU Boulder in 2008. His publications include The Polarisation of Elizabethan Politics: the Political Career of Robert Devereux, 2nd Earl of Essex, 1585-1597 (Cambridge University Press, 1999) and Elizabeth’s wars: war, government and society in Tudor England, 1544-1604 (Palgrave Macmillan, 2003). He also edited Warfare in Early Modern Europe, 1450-1660 (Ashgate, 2007) and has published numerous articles and essays. He is a Fellow of the Royal Historical Society and his awards and distinctions include an Andrew W. Mellon Foundation Research Fellowship, a Fletcher Jones Foundation Fellowship, and a National Endowment for the Humanities Fellowship. He is currently completing a book entitled The Politics of Treason in the Age of Shakespeare and is preparing to write a biography of Henry VIII.

Professor Hammer is accepting both M.A. and Ph.D. students.
His current graduate students are writing dissertations on the Reformation in Tudor London, returned soldiers in England c.1580-c.1630, and Sir Robert Cecil and intelligence-gathering in Ireland in the last years of Queen Elizabeth's reign.