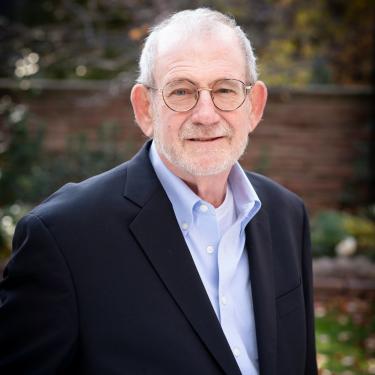 Professor Gutmann taught courses about the social history of the United States as well as about demographic history from a global perspective. His most popular course was "Recent U.S. Social History: Immigrants, Workers and the 1%."

Professor Gutmann received his Ph.D. from Princeton University. His publications include two books about early modern Europe, War and Rural Life in the Early Modern Low Countries (Princeton University Press, 1980), and Toward the Modern Economy: Early Industry in Europe, 1500-1800 (Knopf, 1988). In addition, Gutmann has contributed to edited volumes about historical populations, early modern Europe, and the confidentiality of spatial data, and written more than ninety articles and chapters. Gutmann is well known for his long-running project on the relationship between population, agriculture, and the environment on the U.S. Great Plains, and for his work on the methodology of historical demography and the protection of respondent confidentiality in social science surveys. His current research projects are about migration in the United States during the Dust Bowl and the Great Depression, and a study of very small towns in the United States from the 1930s to the Present. He has had extensive support for his research from the National Institutes of Health and the National Science Foundation, where he was Assistant Director for the Social Behavioral and Economic Sciences from 2009 to 2013. Dr. Gutmann is an elected Fellow of the American Association for the Advancement of Science and in 2007 was named a Digital Preservation Pioneer by the U.S. Library of Congress. Currently he serves as Director of the CU Boulder Institute of Behavioral Science.